The work „Unchained Goddess“ borrows its title from an educational film by the American director Frank Capra from 1958 in which weather phenomena are explained. In this film, concern is already expressed about climate change.
Silver-coloured balls are painted with highly absorbent paint. Sculptural elements made of the DIY material Ooogoo and ropes hold them in position. The black surfaces echo the rectangular, vertical pupil shapes of goats. „Unchained Goddess“ refers to the specific perception and field of vision of a escape animal, which is known to us mythologically primarily as a sacrificial animal. The goat shows strength when it is associated with fertility. According to other stories, it is said to be able to predict the weather of the coming year or to warn of volcanic eruptions.
„Unchained Goddess“ at MOCA creates a sign for climate change in a futuristic setting.

Artist Peter Fritzenwallner’s Carbon Age Gallery is a mobile presentation display for contemporary sculptures, installations and performances, and a continuation of his earlier work entitled Daihatsu Rooftop Gallery. For his Carbon Age Gallery, Fritzenwallner converted the small Japanese car he had used in his predecessor work into a bicycle rickshaw, thereby turning it into a climate-neutral vehicle. Transferring artworks onto the roof of the rickshaw and into the streets allows them to interact with the urban reality. The mobile display creates a new mobility and temporality, where the city and the campus in particular form a constantly shifting backdrop for the works. The art presented in this way is tied into the overall concept and is also displayed at various locations on the university grounds at irregular intervals. 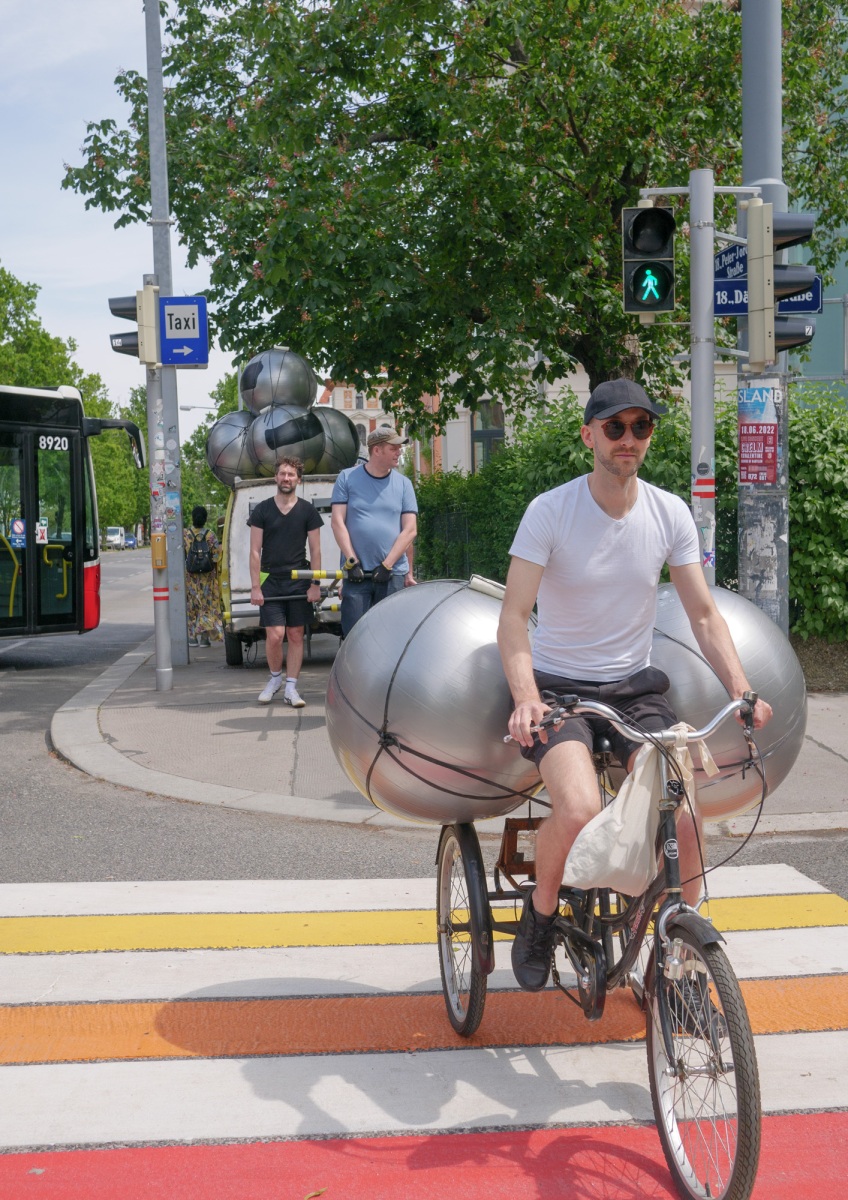 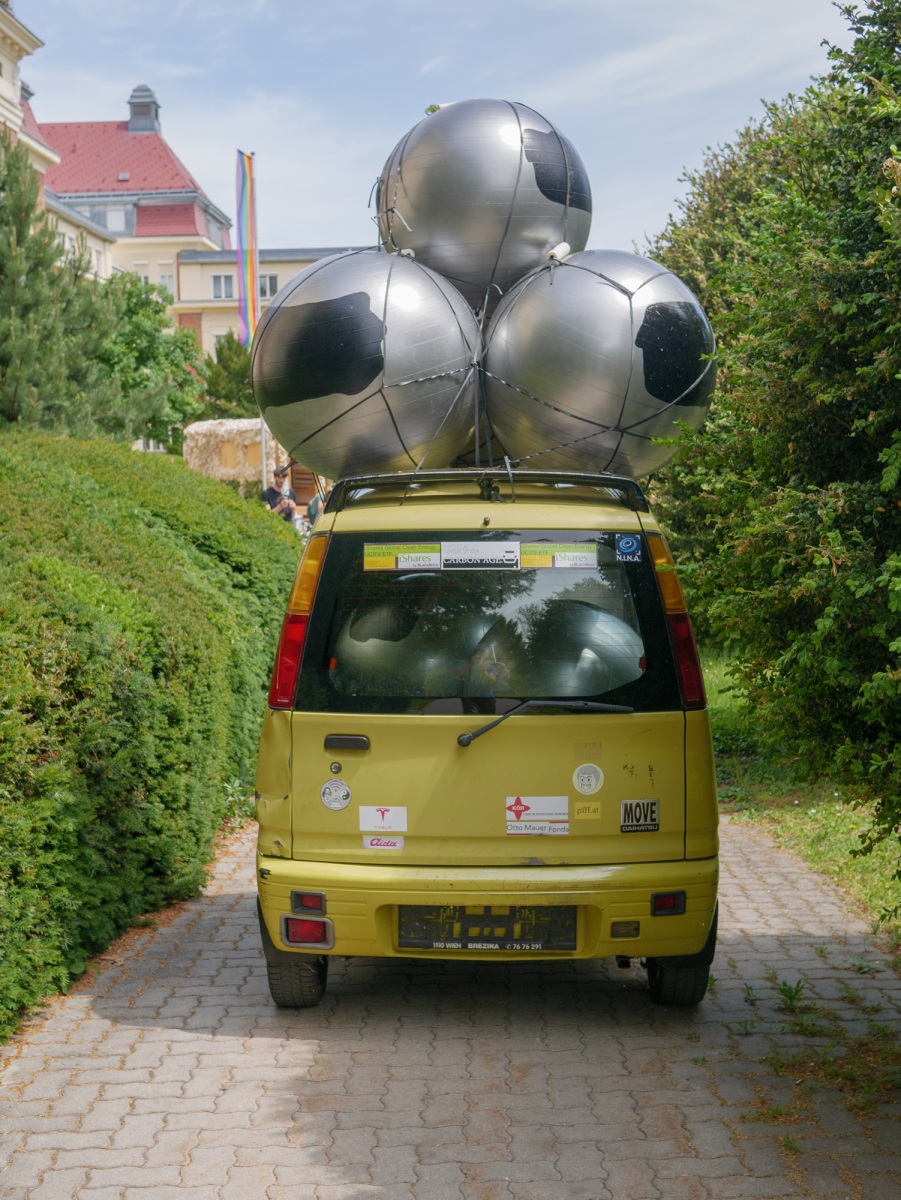 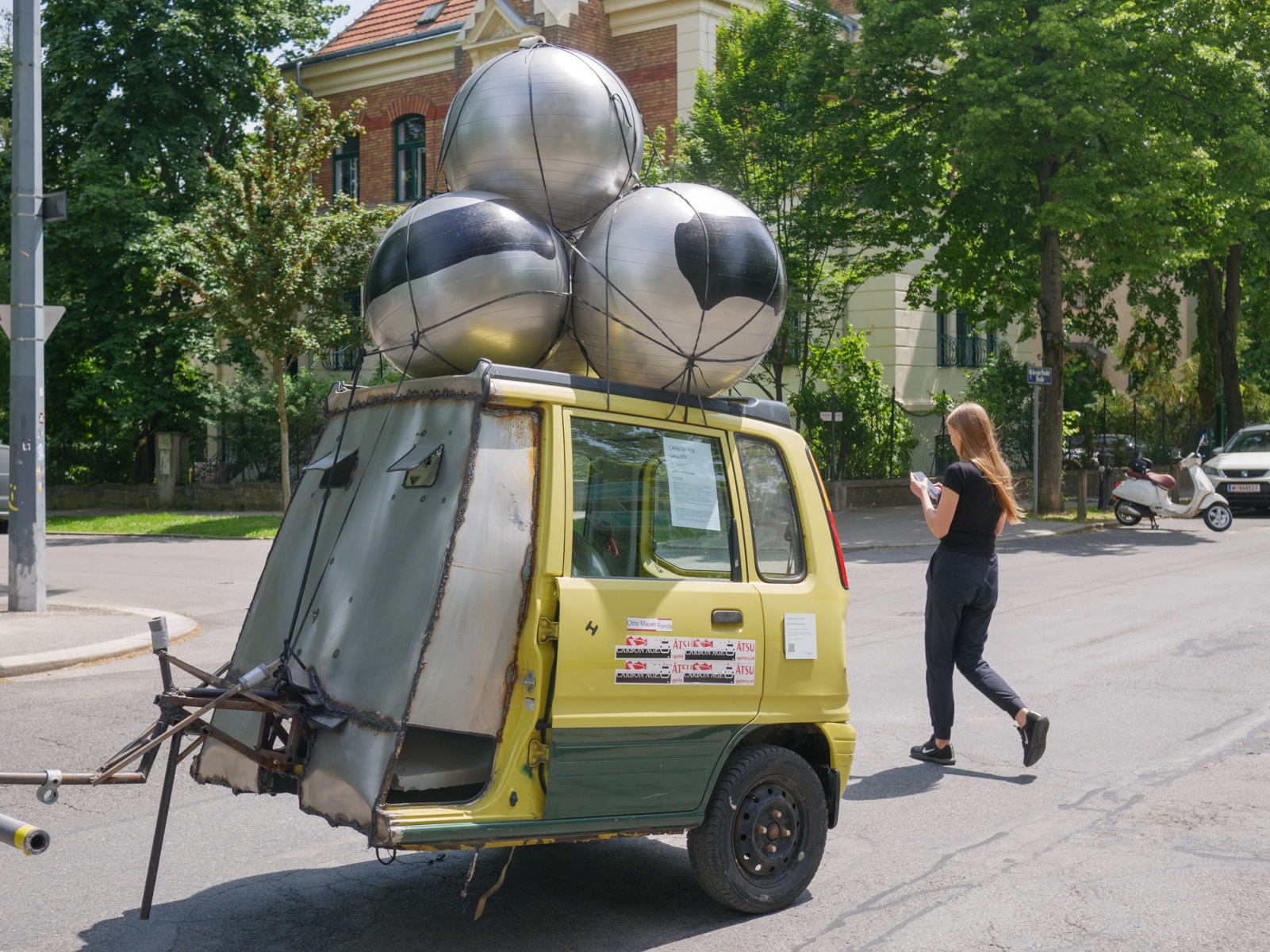 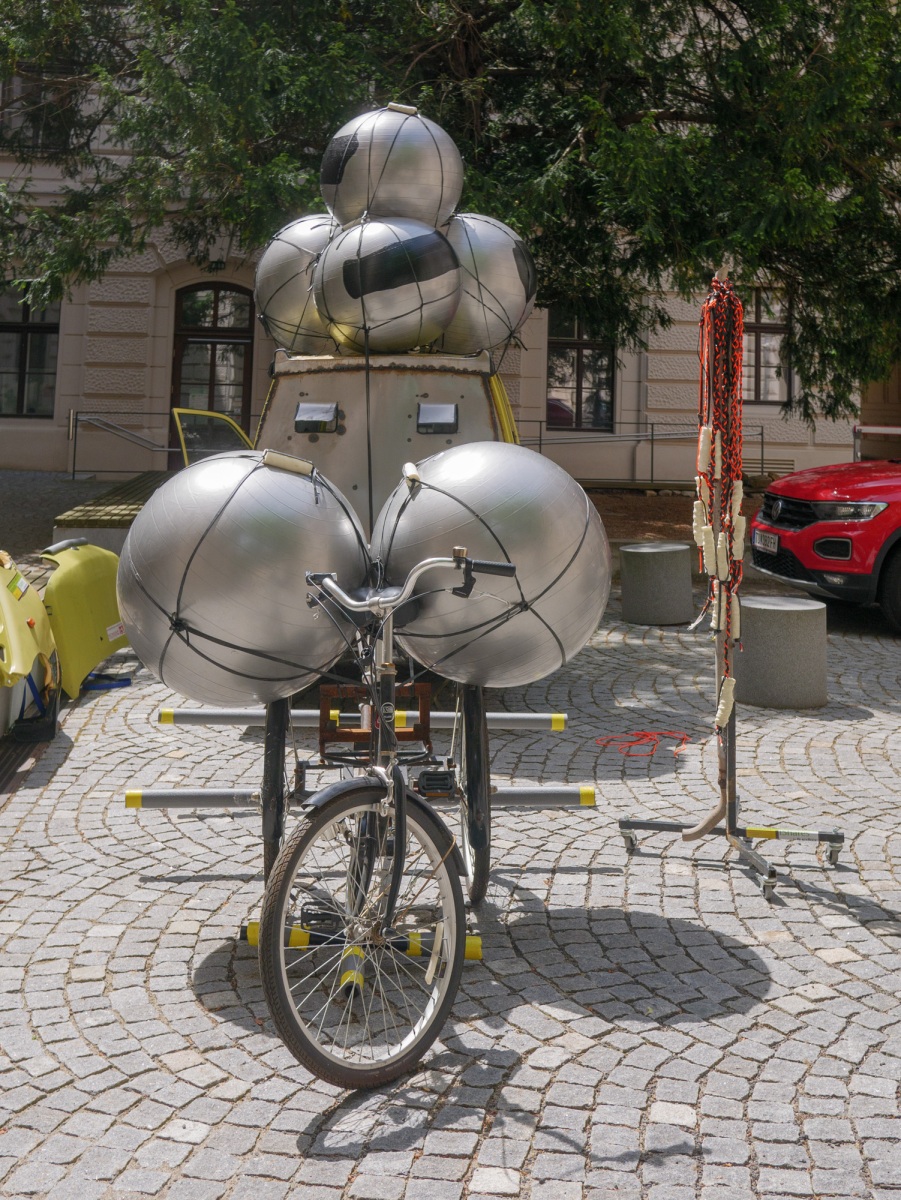 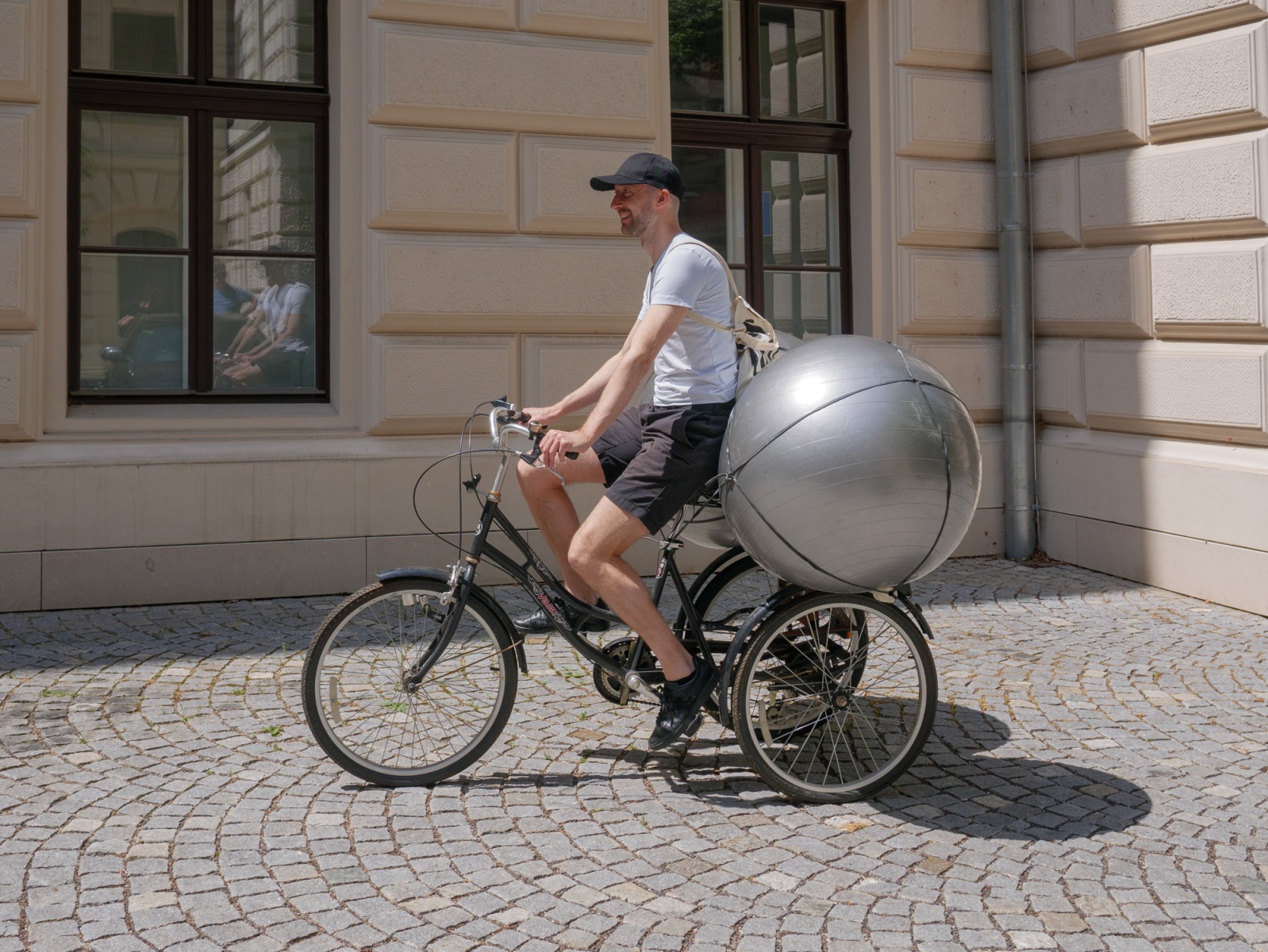 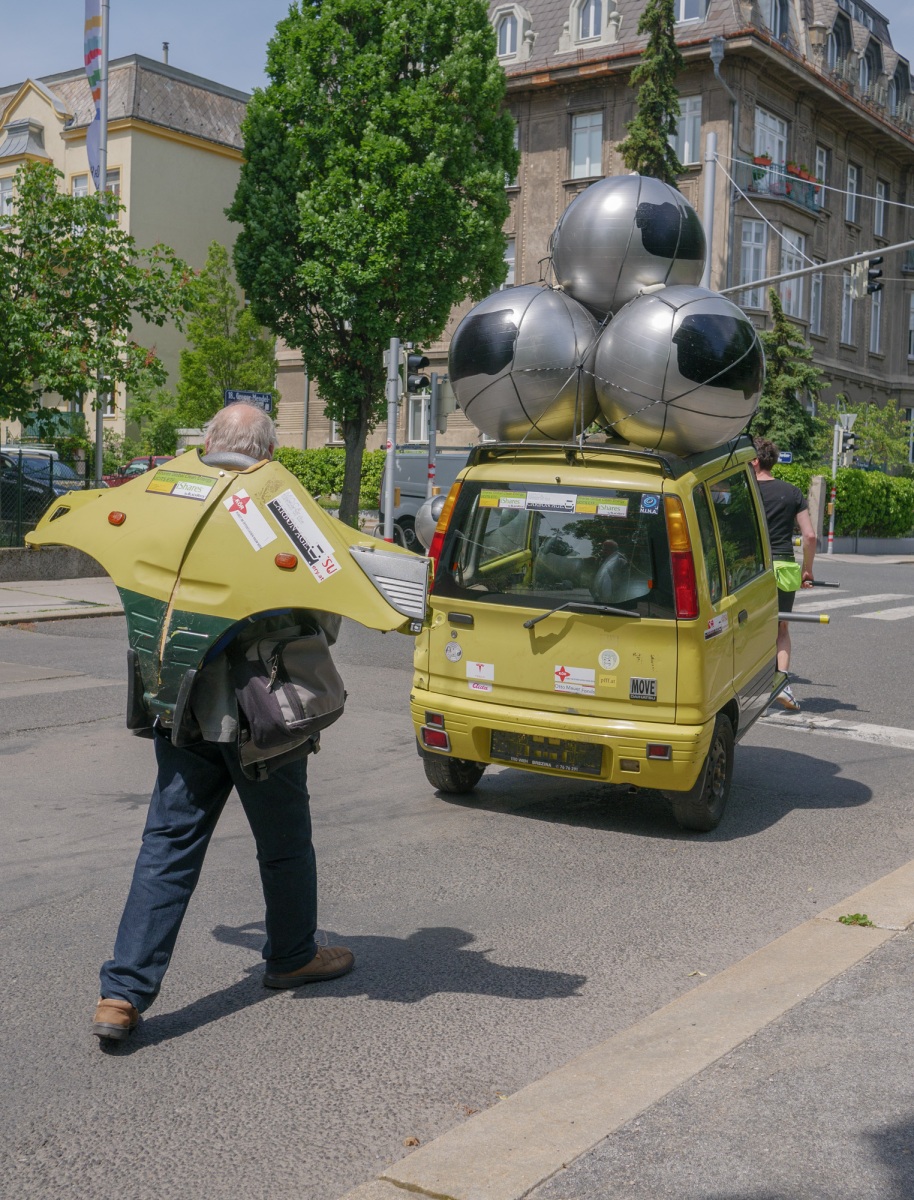 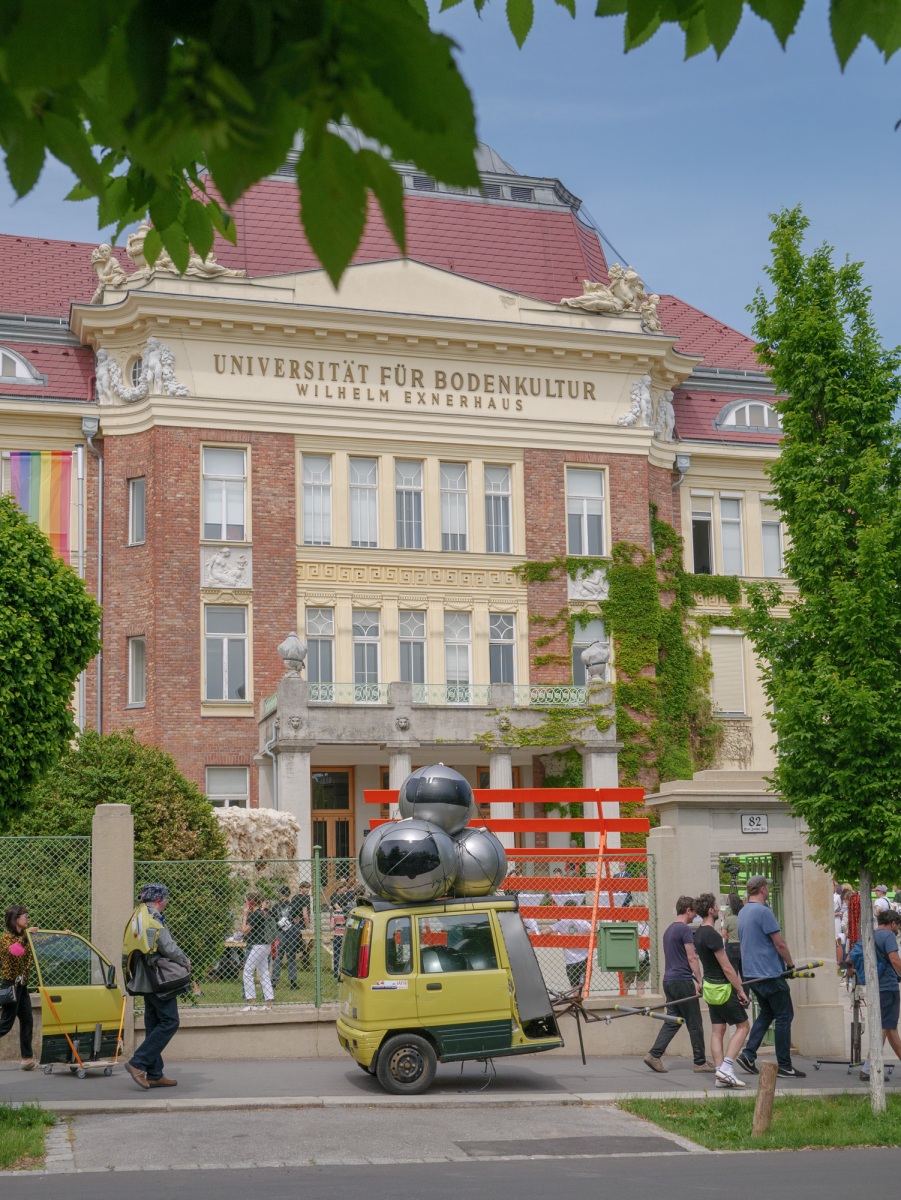 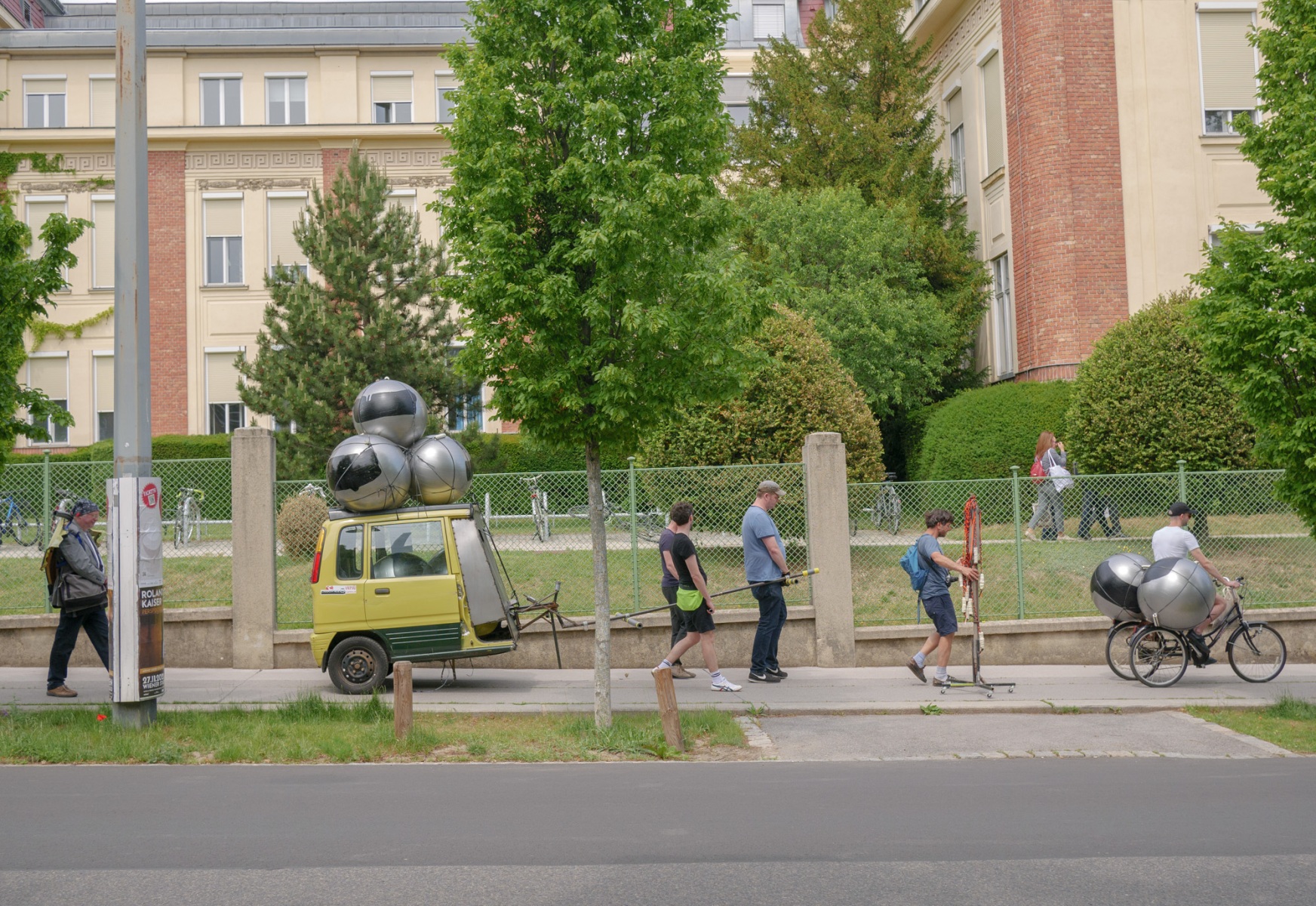 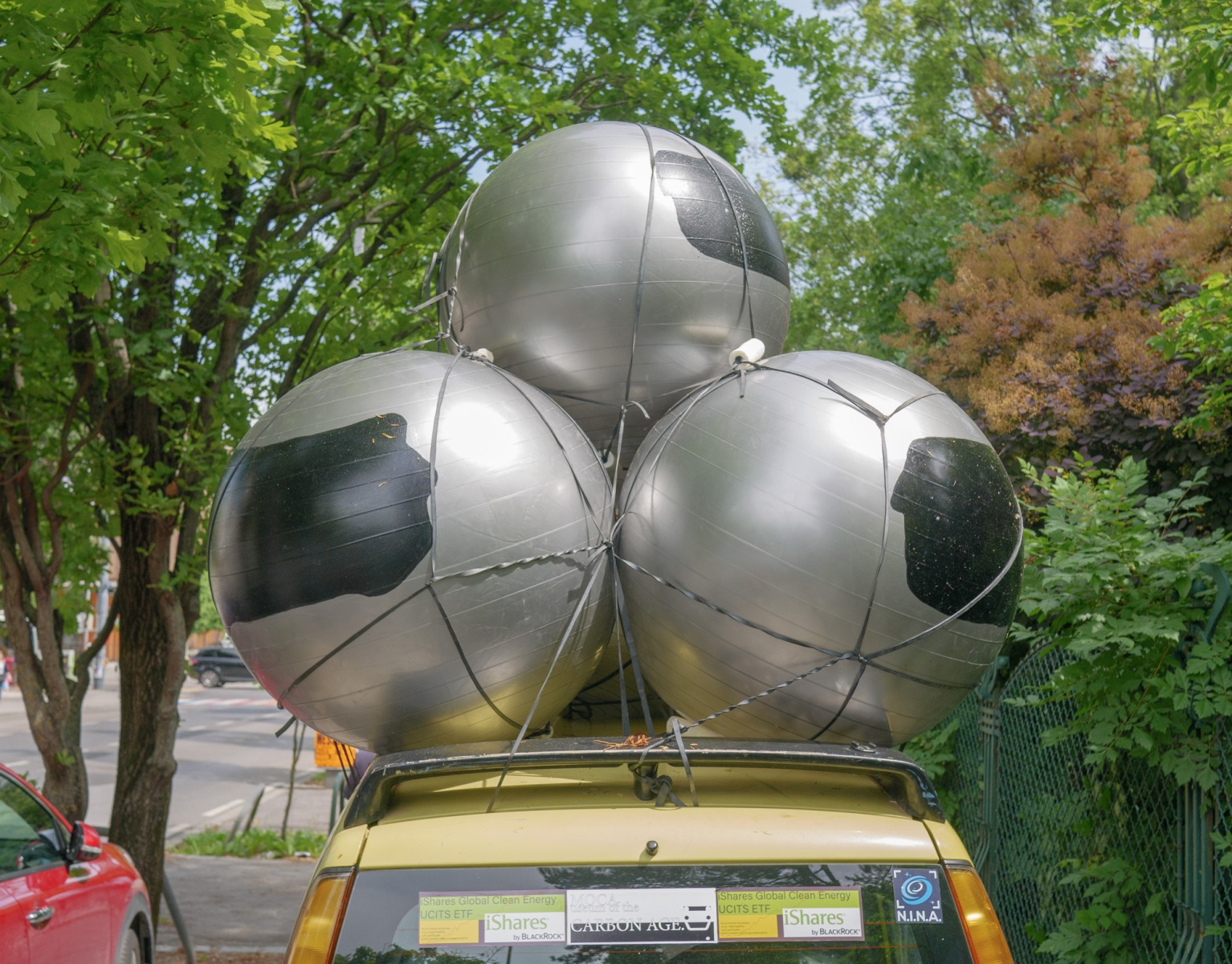 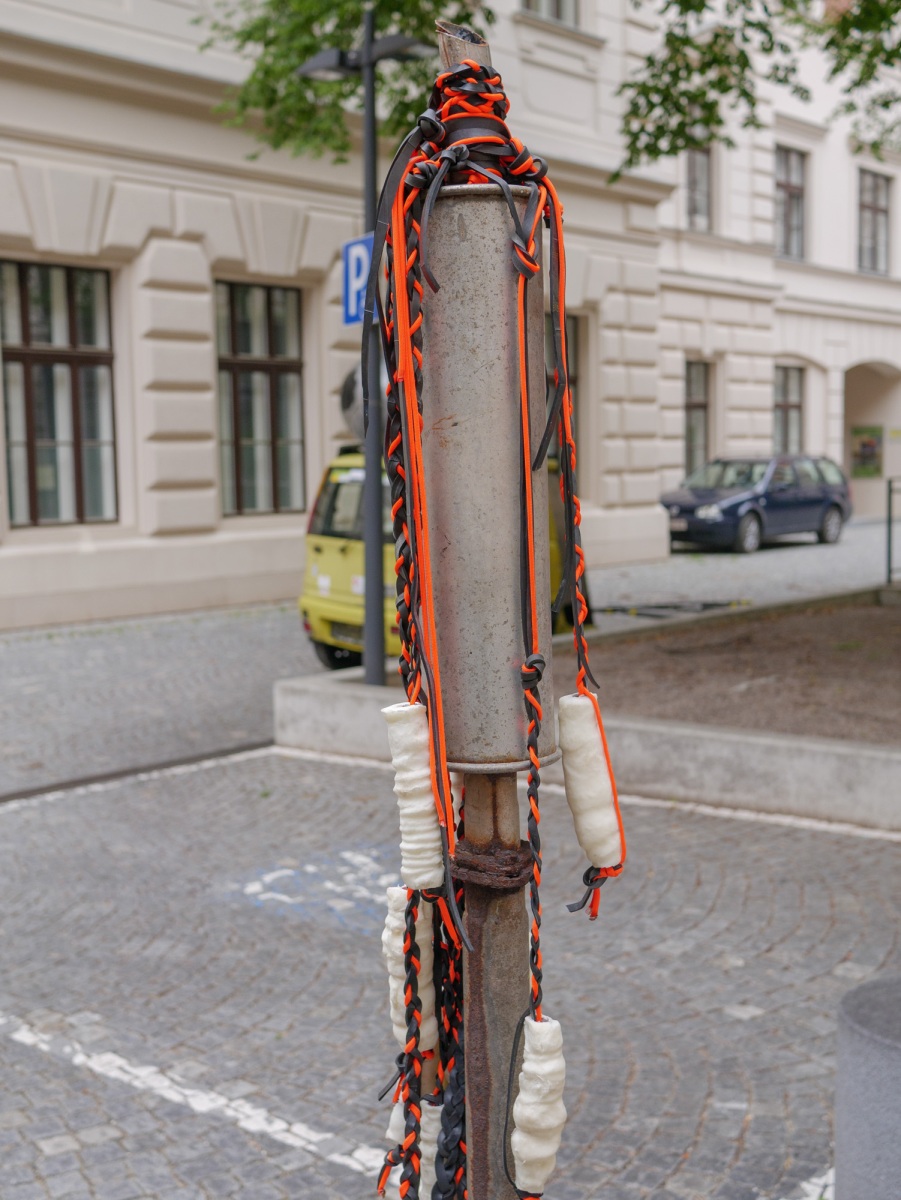 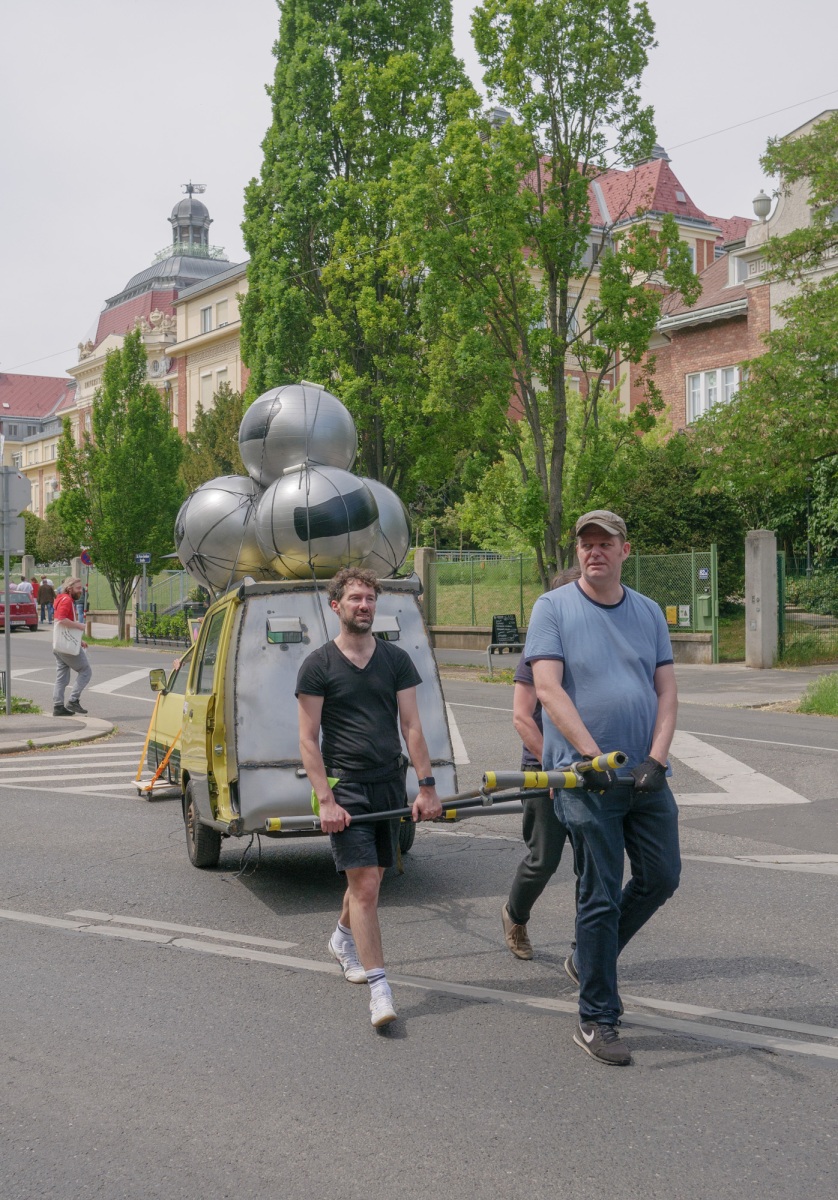 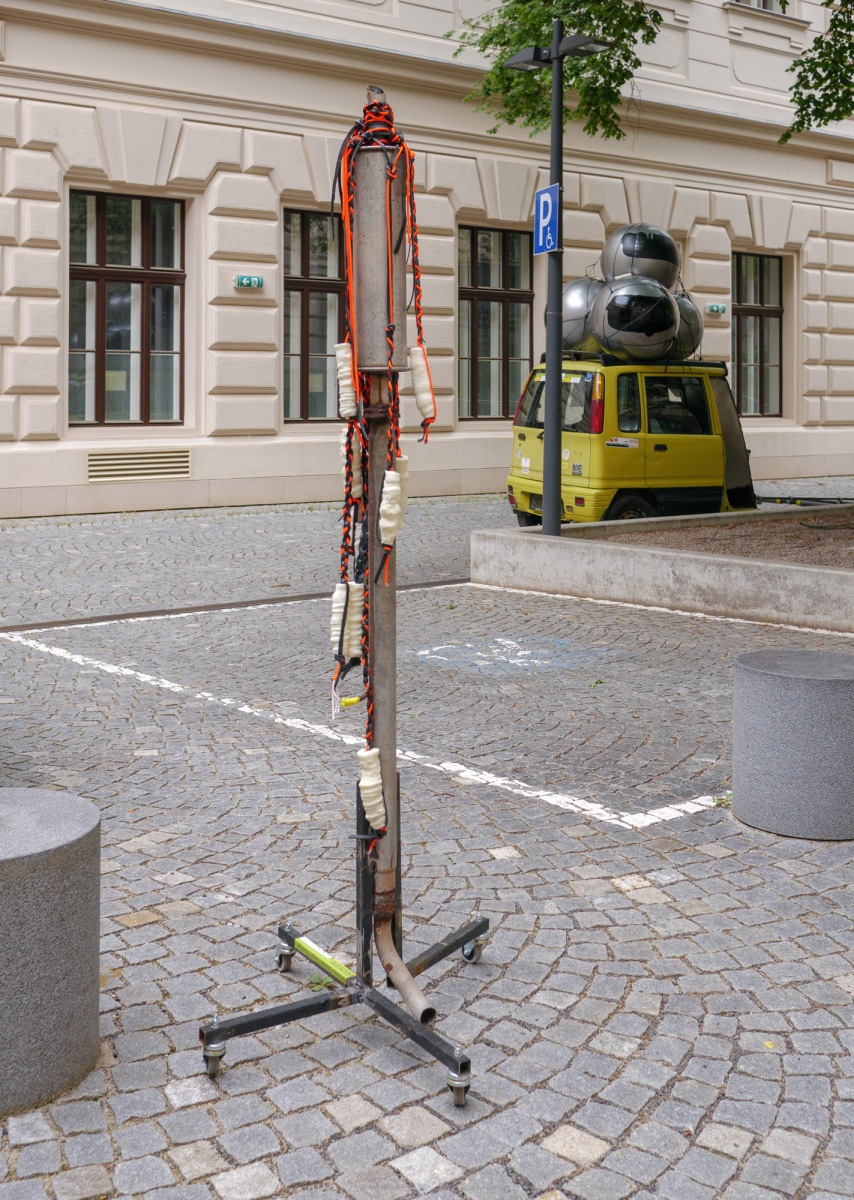