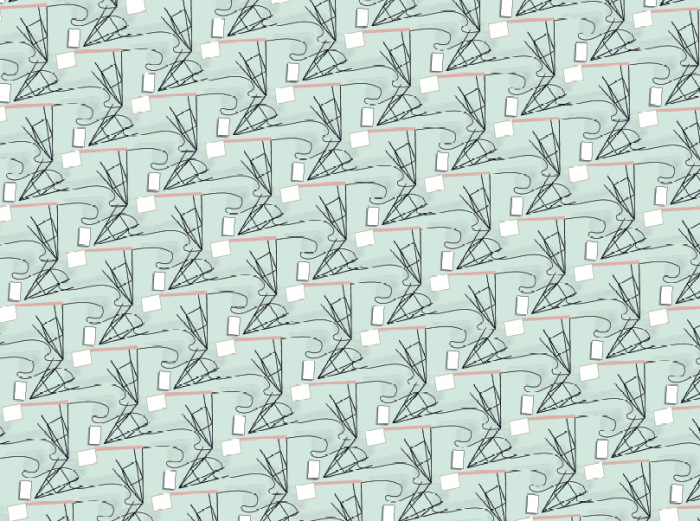 In the trio-exhibition Past the Time Between at hoast, the artists Katrin Plavčak, Daniel Massow and Charlotte Mumm are using the floor of the space as their stage. This happens with three different, independent positions and odd pictorial imaginary.

Katrin Plavčak mainly works in the field of experimental music and painting, in which she is visualizing ideas and mental constructions dealing with political matters or situations which question authorities as well as scientific topics. Whereas Charlotte Mumm’s means of expression crosses painting and sculptural works in which conflicting perceptions and paradoxes play an important role. In this exhibition, the roles are reversed. Instead of paintings, Katrin will show sculptures, built out of remnants which can be put together in different ways. And Charlotte will alter the atmosphere of the space by creating a floor piece and displaying a video. Daniel Massow stays true to his role as a ‘Damendarstellerin’. In various incarnations, he explores the representation of body, soul and gender in media. In the form of a drag queen, the connection between femininity, artificiality and power is being explored. For the opening on June 18th, Daniel is putting up a custom-made show with the best dress, perfect make-up and singing tongue-in-cheek.

The trio imagines the exhibition Past the Time Between to be carefully composed of new, surprising works. Curious to respond to the space at hoast and to each other’s works, forming a multilogue. The space is small but the imaginary stage is endlessly big.

Daniel Massow studied at the Kunsthochschule Kassel; lives and works in Vienna.
Among others his work has been shown at EMAF Osnabrück, PACT Zollverein Essen, MAK Vienna, Kunsthalle Vienna, among others. Recently he performed as a guest at the opening of the Künstlerhaus and in the video of Downers & Milk and at various events, such as Wer ist dichter, Ball der Gefühle, PCCC and Salon Kitty Revue.
www.instagram.com/damendarstellerin

Katrin Plavčak studied painting with Sue Williams at the Academy of Fine Arts Vienna, graduated from the Sozialakademie in Vienna and in addition to painting also engages in sculpture and music. She played in the indie rock bands Blendwerk (Vienna) and Erste Stufe Haifisch (Berlin), performs together with Ulrika Segerberg as the sound duo M.O.G. (Mothers of God) improvising on sewing machines with contact microphones and loopers. The band Kinky Muppet (Katrin Plavčak git/voc, Nicholas Hoffman barton guitar/bass/voc, Oliver Stotz drums & other instruments) was formed in winter 2017. From 2012 to 2014 she was part of the feminist artist group ff, and together with Caro Bittermann and Claudia Zweifel built the website www.thehistoryofpaintingrevisited.weebly.com, a growing archive of female painters in art history.
Projects in recent times include a mural in the Nye Jordal Amfi Icehockeystadion in Oslo 2020, an inflatable parrot at NOW / Esterhazy Contemporary in Eisenstadt, Burgenland (A) 2020, and a steel monument for Falco – Art in Public Space in Lower Austria / Gansbach (A) 2018
www.katrinplavcak.net

Charlotte Mumm studied Fine Arts with Prof. Urs Lüthi at the Kunsthochschule Kassel in Germany from 2000-2008 and spent a study year at the Sichuan Fine Arts Institute in Chongqing, China. Her work has been exhibited in Germany and internationally. To name a few: Galerie Tanit in Munich, Städtische Galerie Nordhorn, Kasseler Kunstverein, Eduardo Secci Contemporary in Florence, Galerie Rolando Anselmi in Berlin.
Awards and Residencies include e.g. fellowship for the European project ‘The Spur’ at Sputnik Oz in Bratislava (SK), the Saari Residency fellowship from the Kone Foundation (FIN), and a working grant given by the Ministry of Culture Lower Saxony (GER). In 2018 she was awarded the Werkstattpreis of the Art Foundation Erich Hauser in Rottweil (GER), and 2019 a Sundaymorning@EKWC working grant (NL). Recently, she got invited by the Josef & Anni Albers Foundation to join their residency program ‘Thread’ in Sinthian, Senegal.
www.charlottemumm.com 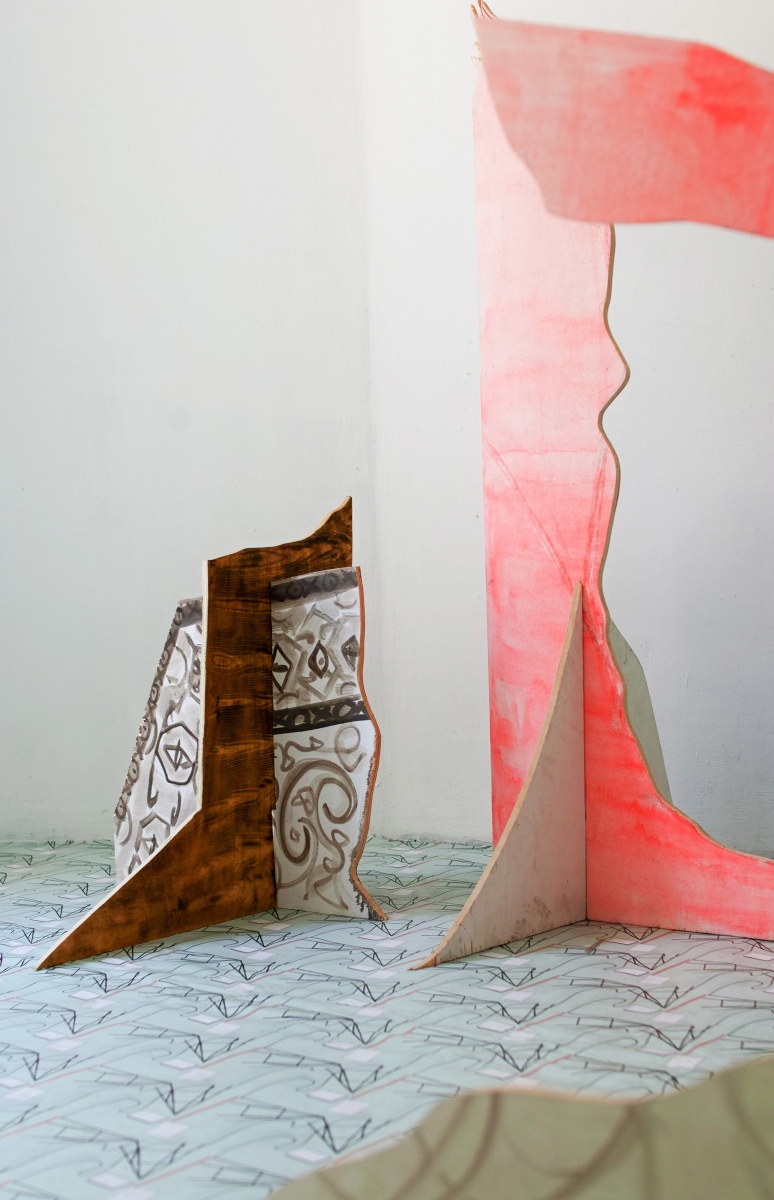 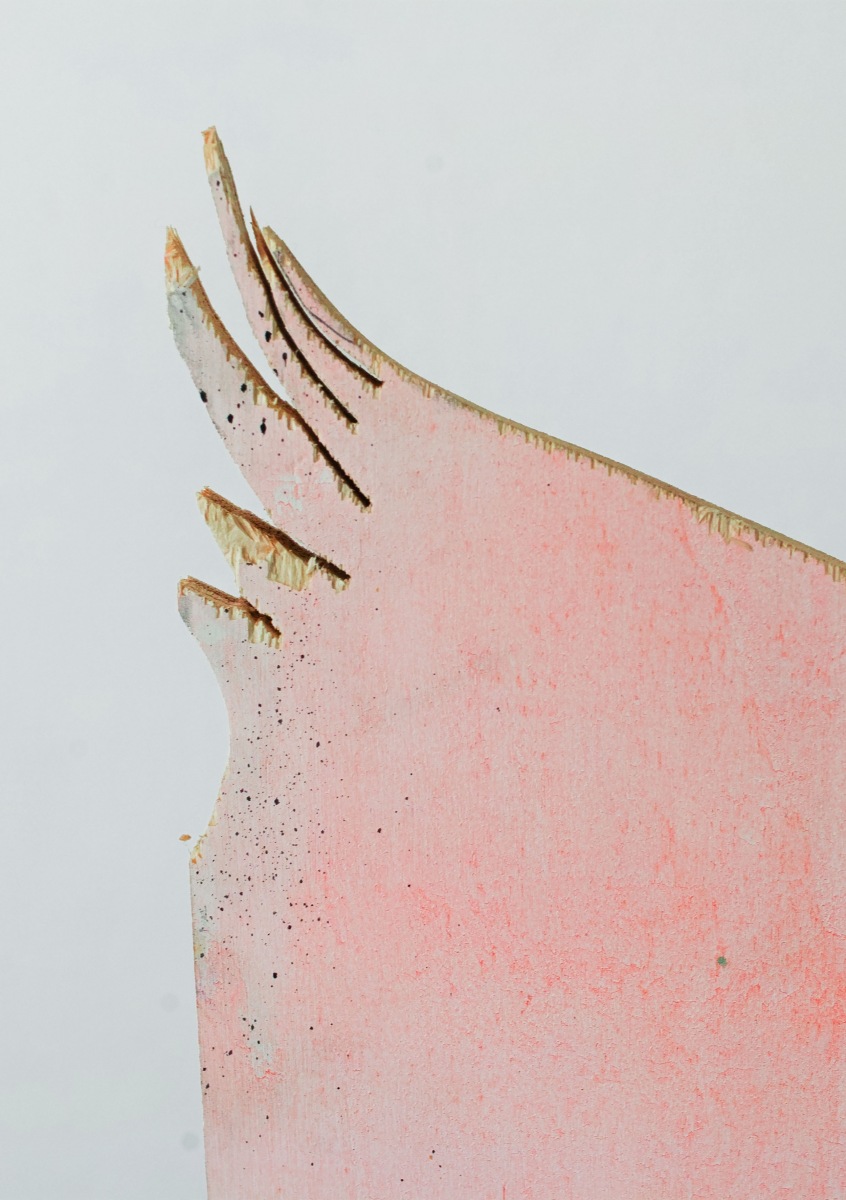 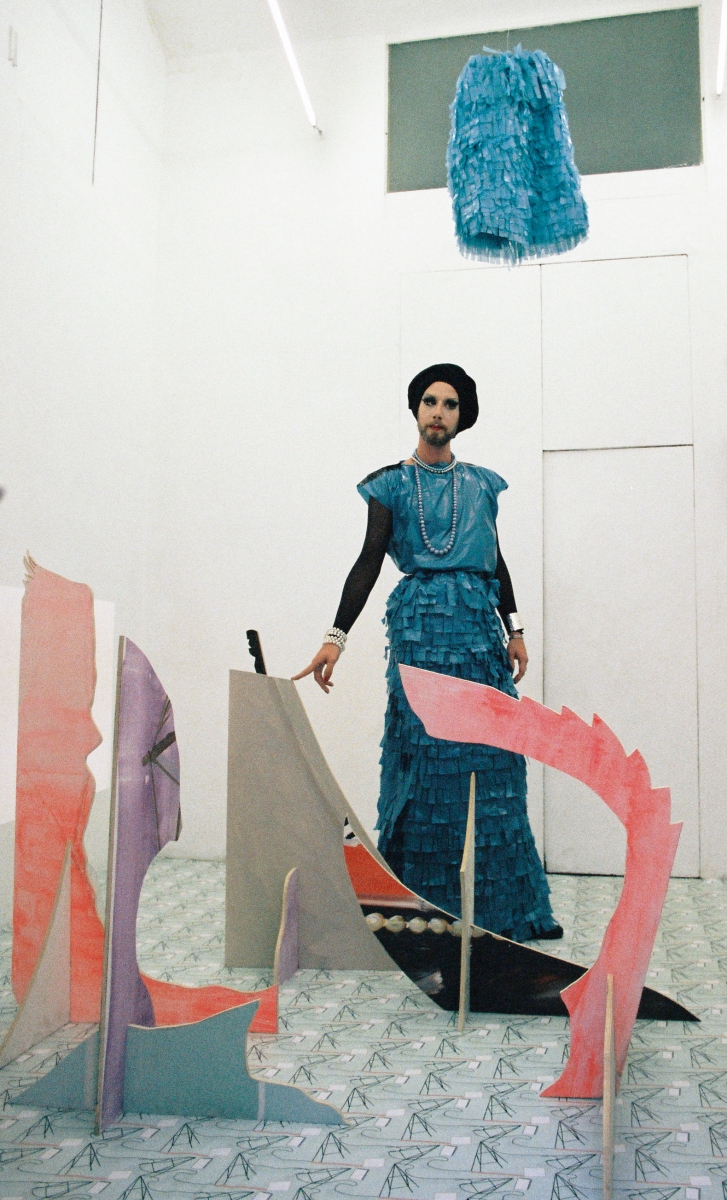 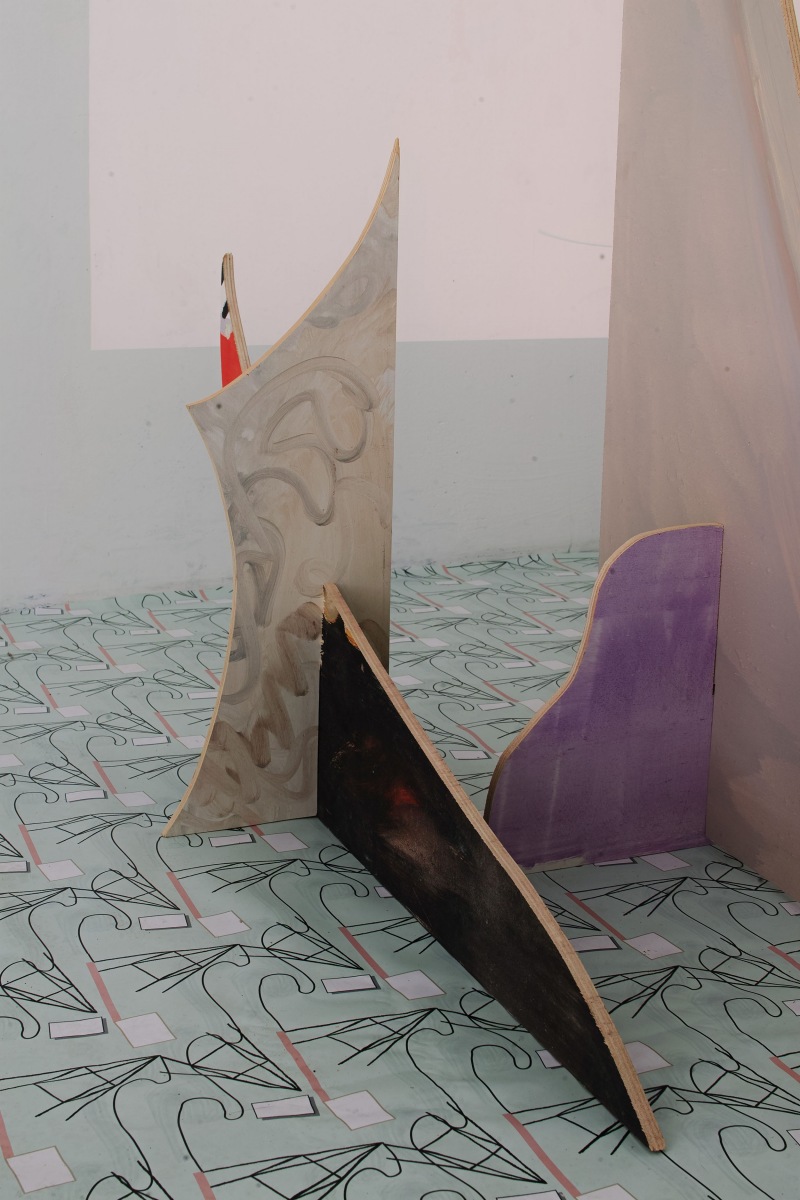 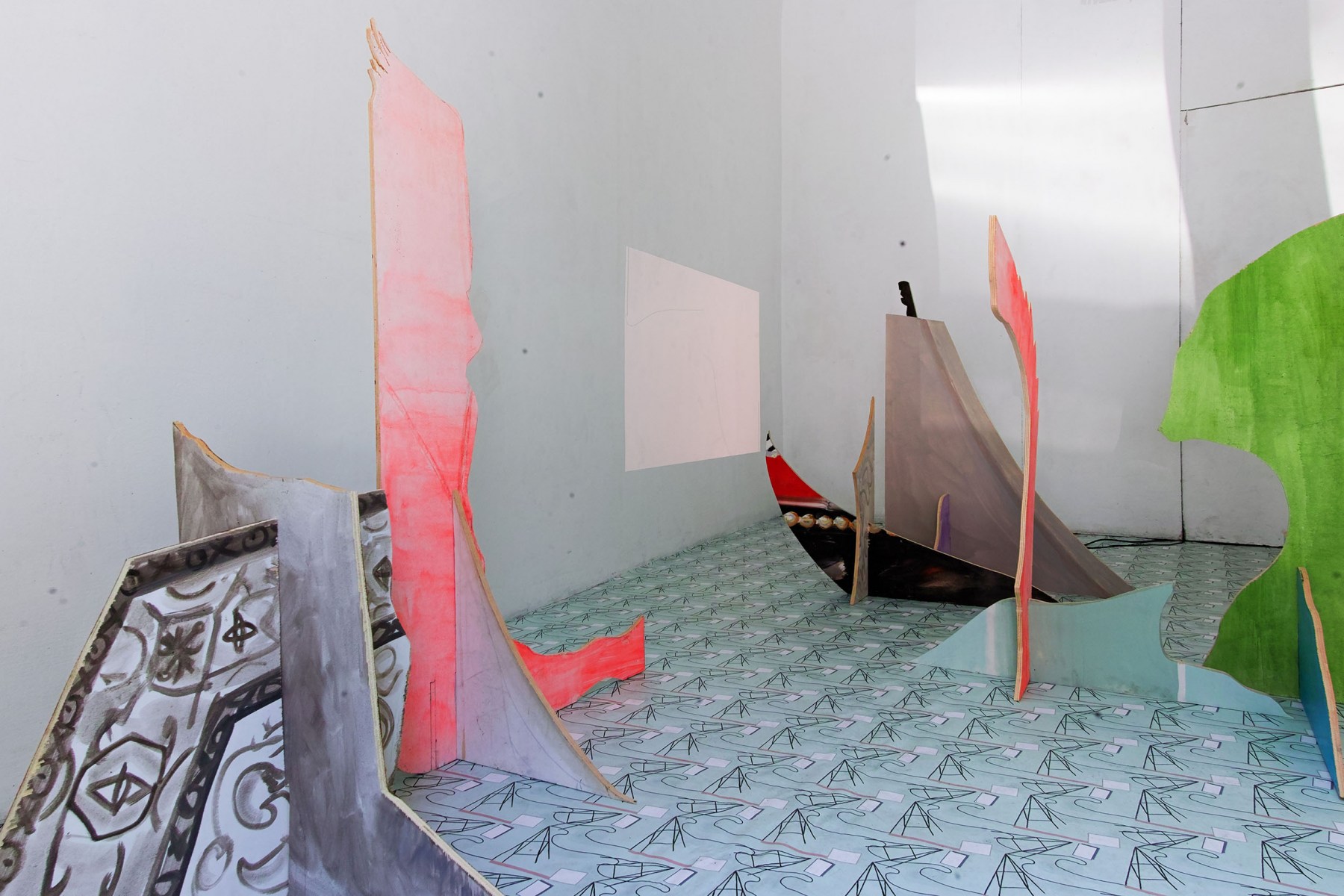 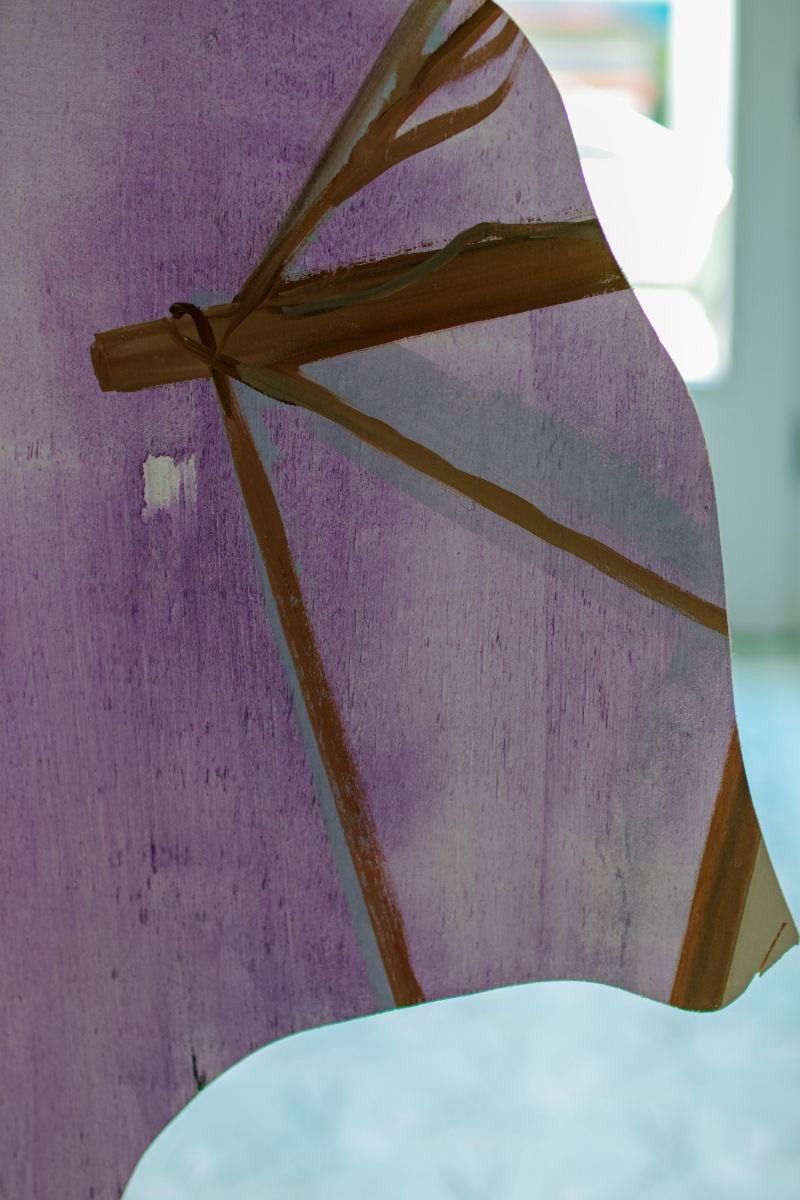