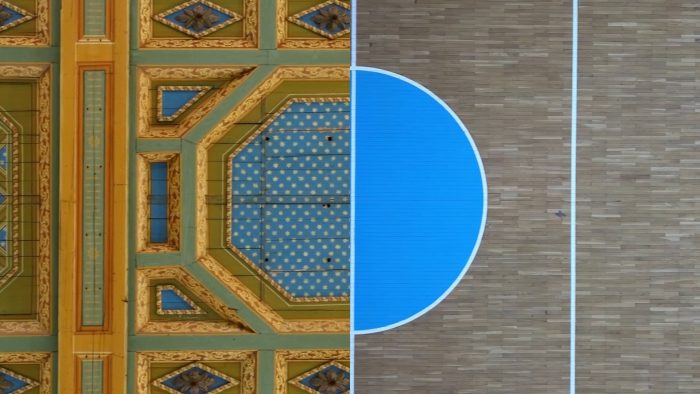 We are pleased to invite you to the opening of the exhibition by the Albanian artist Olson Lamaj on Friday, 17.05.2019, 7 pm.

The work presented by artist Olson Lamaj in the exhibition Holy Muscle constitutes an investigation of the transformation undergone by Albanian society during the communist regime—a transformation from a fundamentally religious society into a profoundly secular one. Lamaj directs his attention to one of the many religious buildings that was reconfigured for secular purposes during the communist period: St. Stephen’s Cathedral in Shkodra, which was converted into a Palace of Sport.

This process of transformation took place quite naturally, because in both iterations the building itself functioned as a gathering place for crowds of citizens. In its role as a church, the structure provided a space for groups of believers to experience a sensation of spiritual brotherhood; in its latter role, it served as a space to invigorate the masses gathered to worship the cult of the body celebrated by the regime’s propaganda. The similarity between these two contexts is evident not only in the rituals associated with both ideologies, but also in the ornaments that were overlaid by successive regimes in the space of the church itself.

The natural quality of the cathedral’s transformation is reflected both in Lamaj’s images and in the installation of the exhibition itself. Two glowing rings hang from the ceiling of the space, ready for use by gymnastic performers. These neon rings call to mind the halos of saints depicted in icons, highlighting the contradictions of transformation. At the same time, the sequences of Magic Palace unfold slowly like a dream, one in which incongruous elements exist side by side. At first geometric and abstract, these images allow the viewer’s imagination to speculate. As the sequences progress, the images become more realistic and the human element returns to the dream, in the midst of a basketball match set taking place beneath the ornamental fresco of the St. Stephen’s Cathedral in Shkodra.

Opening times by appointment
On view until 31 May 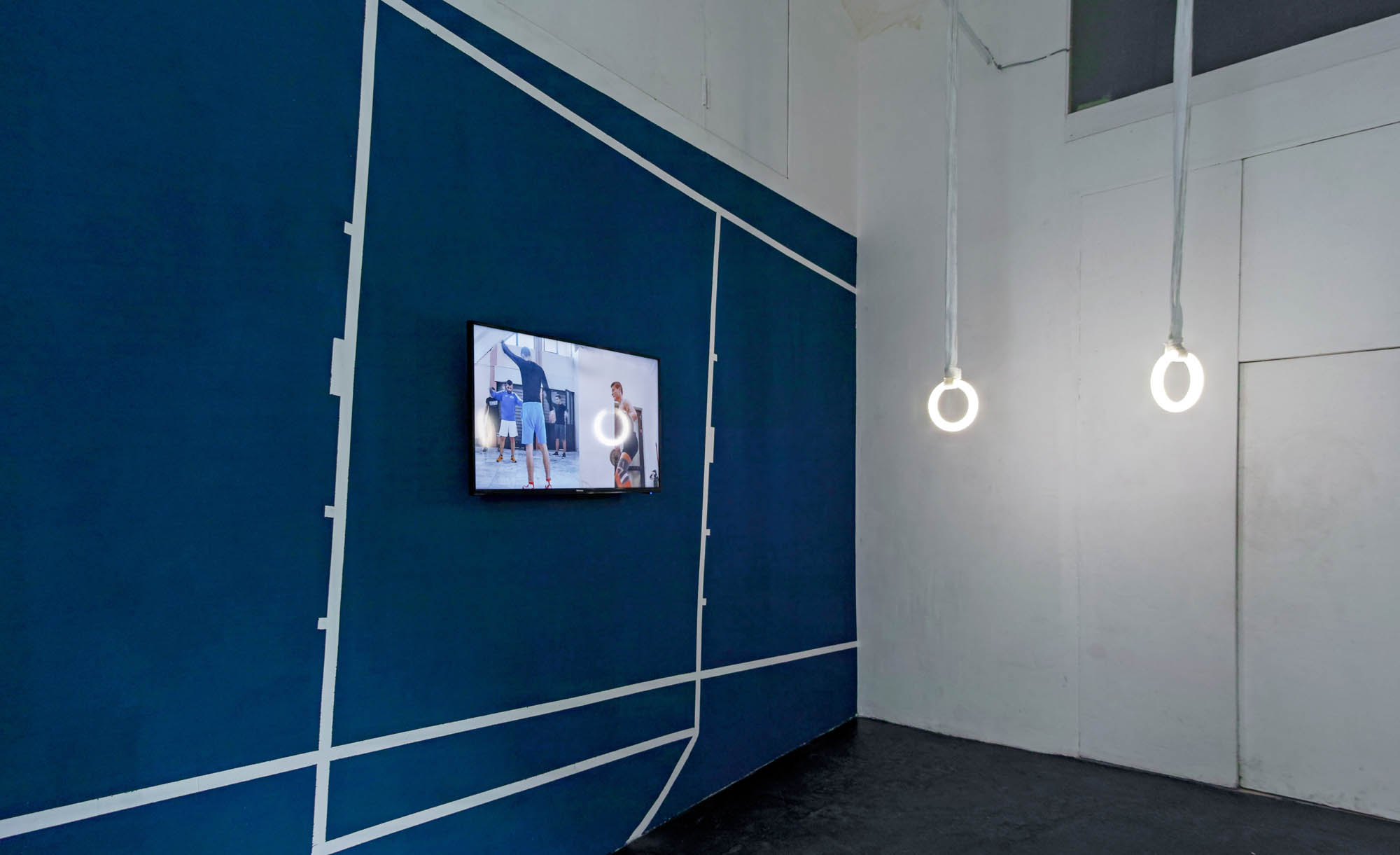 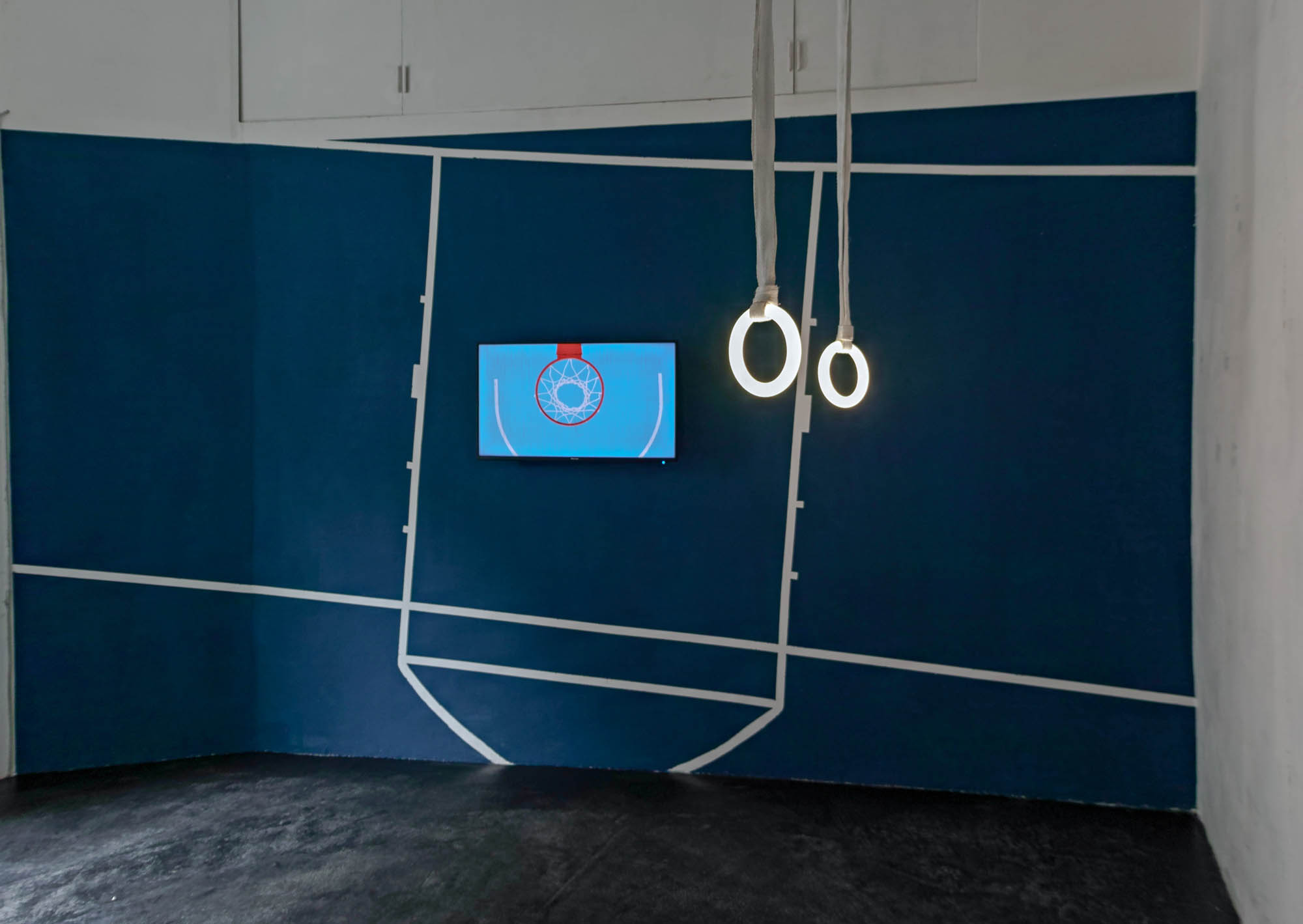 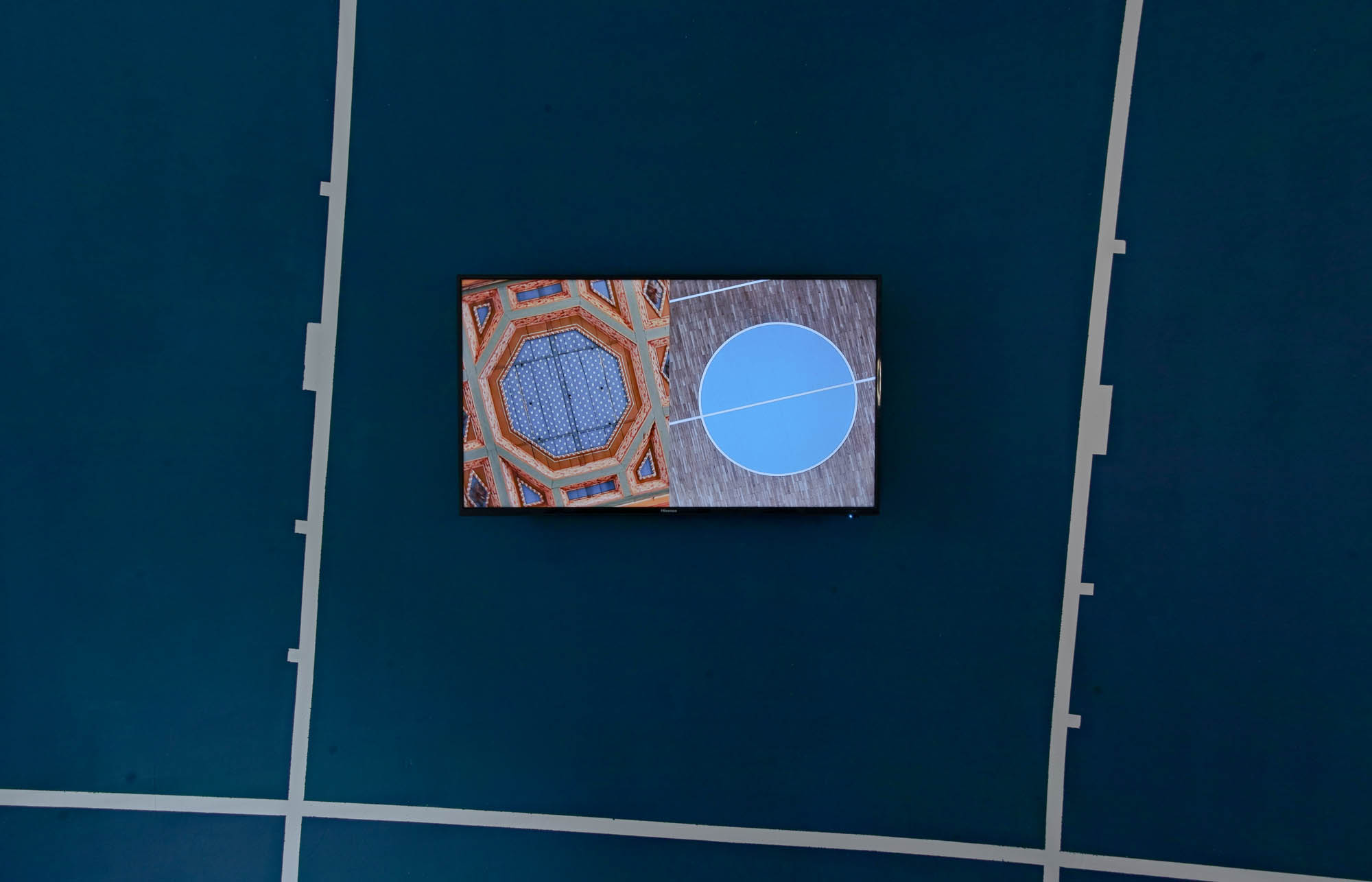 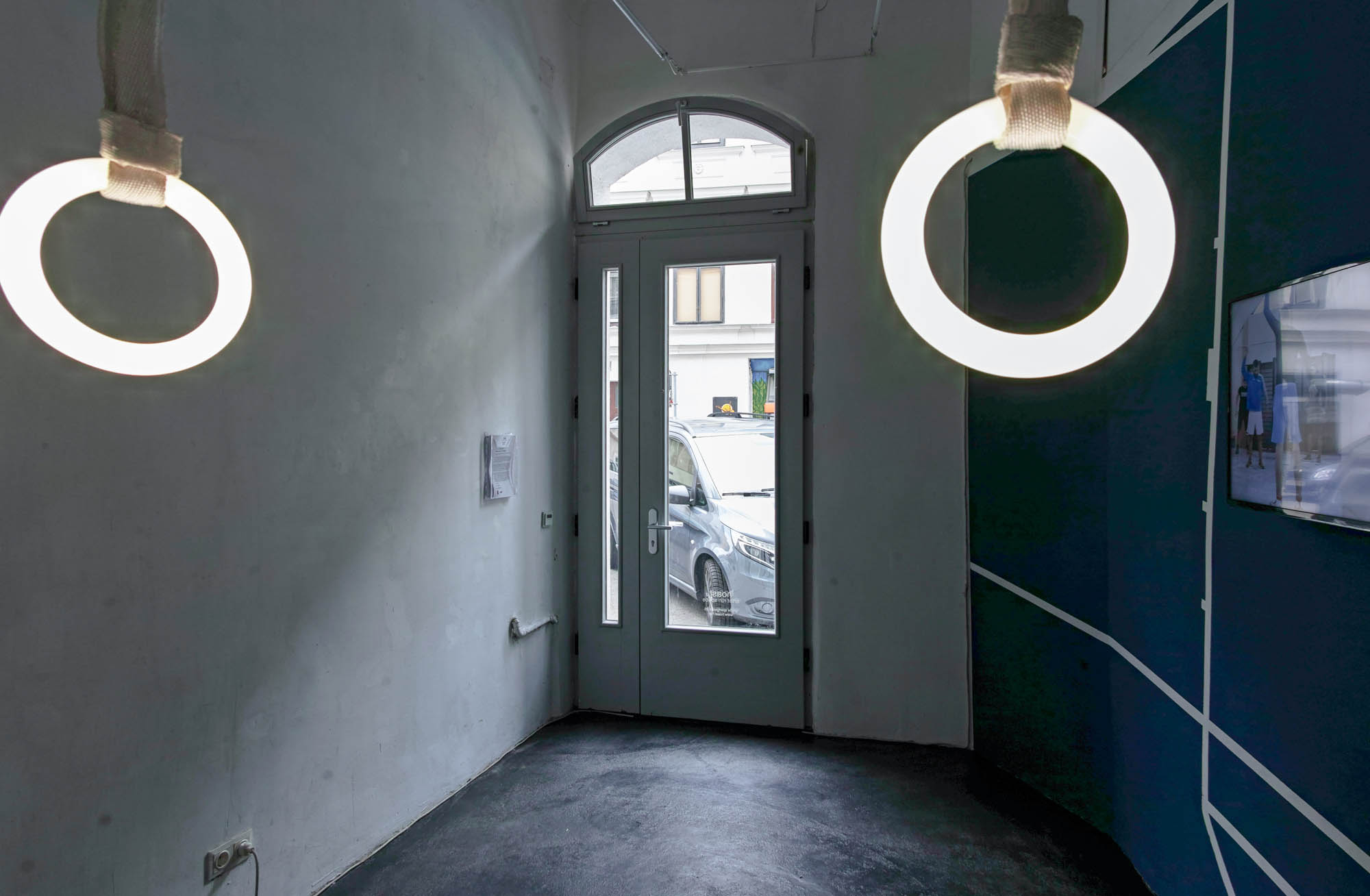 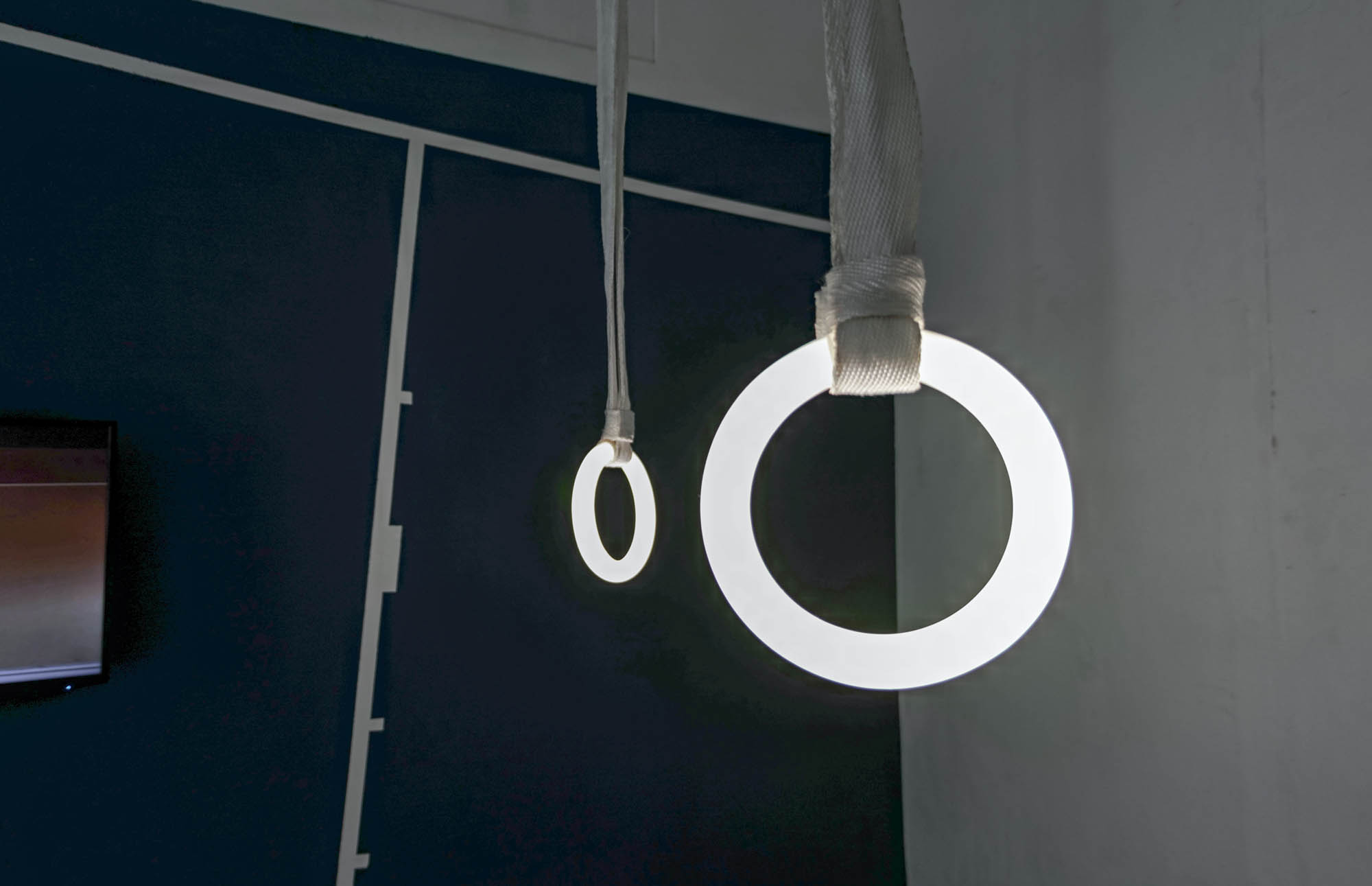