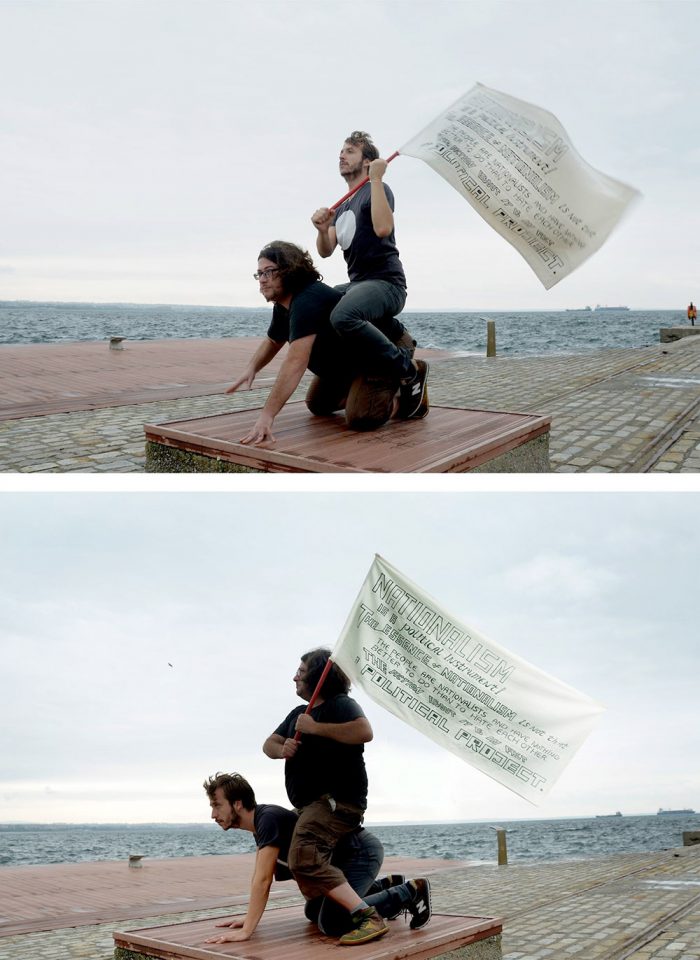 We are pleased to invite you to the opening of the exhibition by the Macedonian artist Gjorgje Jovanovik on Friday,  June 15, 2018, 7pm.

Gjorgje Jovanovik will present selection of collages, photography’s, drawings and video that he have worked over the past decade and in which he focuses on the last decade of the ruling of the rightwing regime in Macedonia. In his works he is trying to confront one situation where the concept of the ruling party was intended not only by media and ideological propaganda to overlap the critical and free thought and attitudes but also to impose and penetrate into every pore of society. 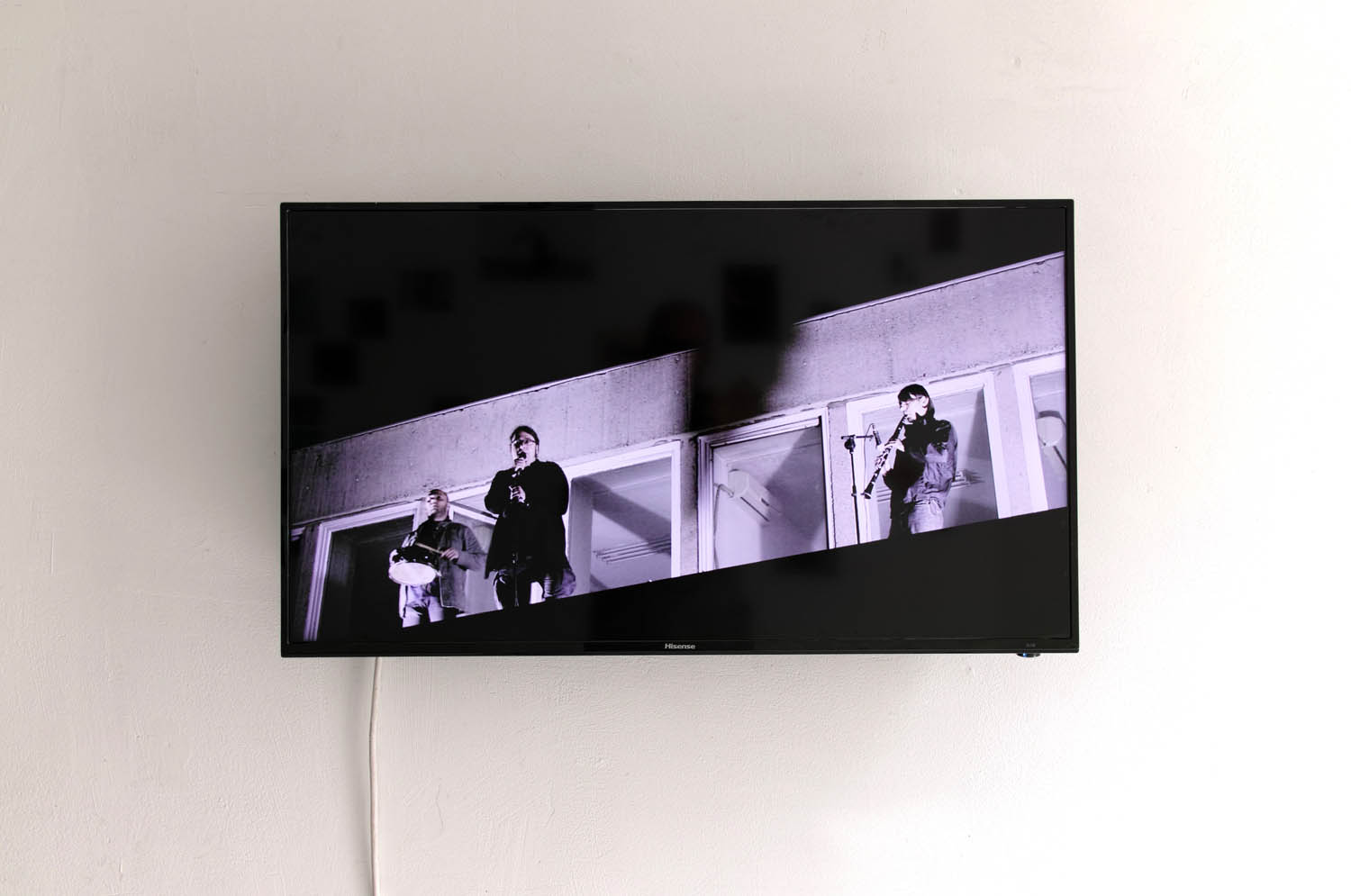 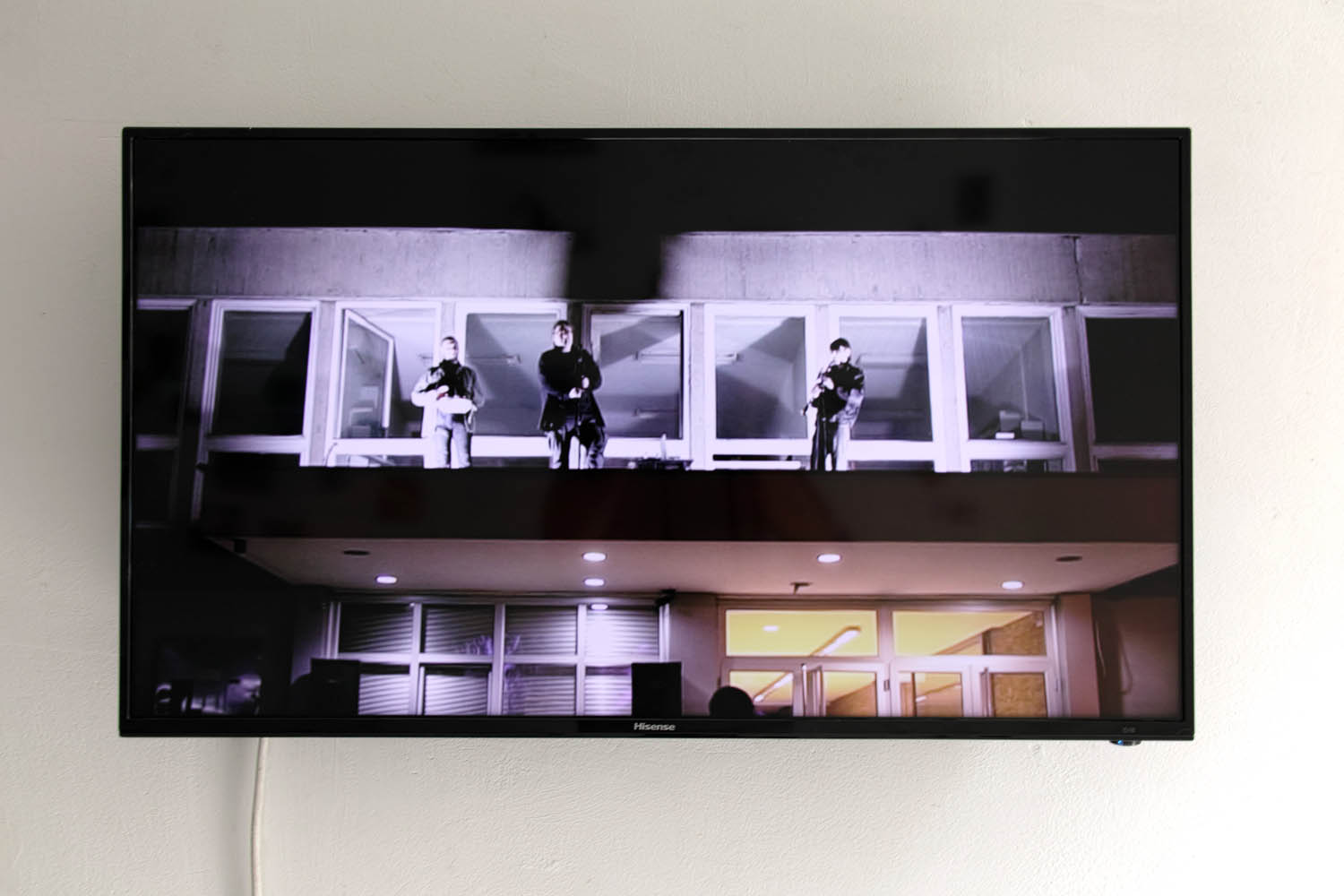 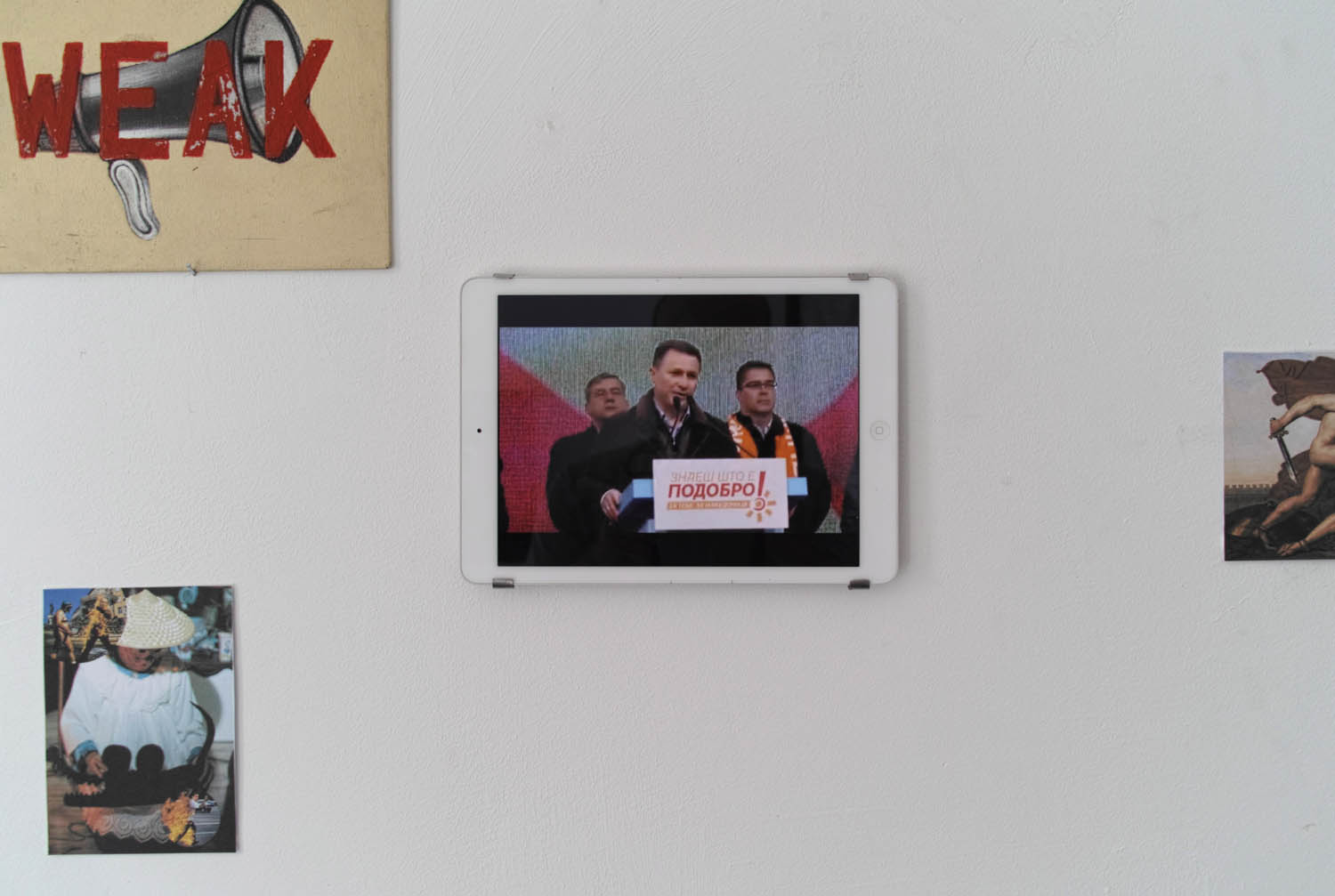 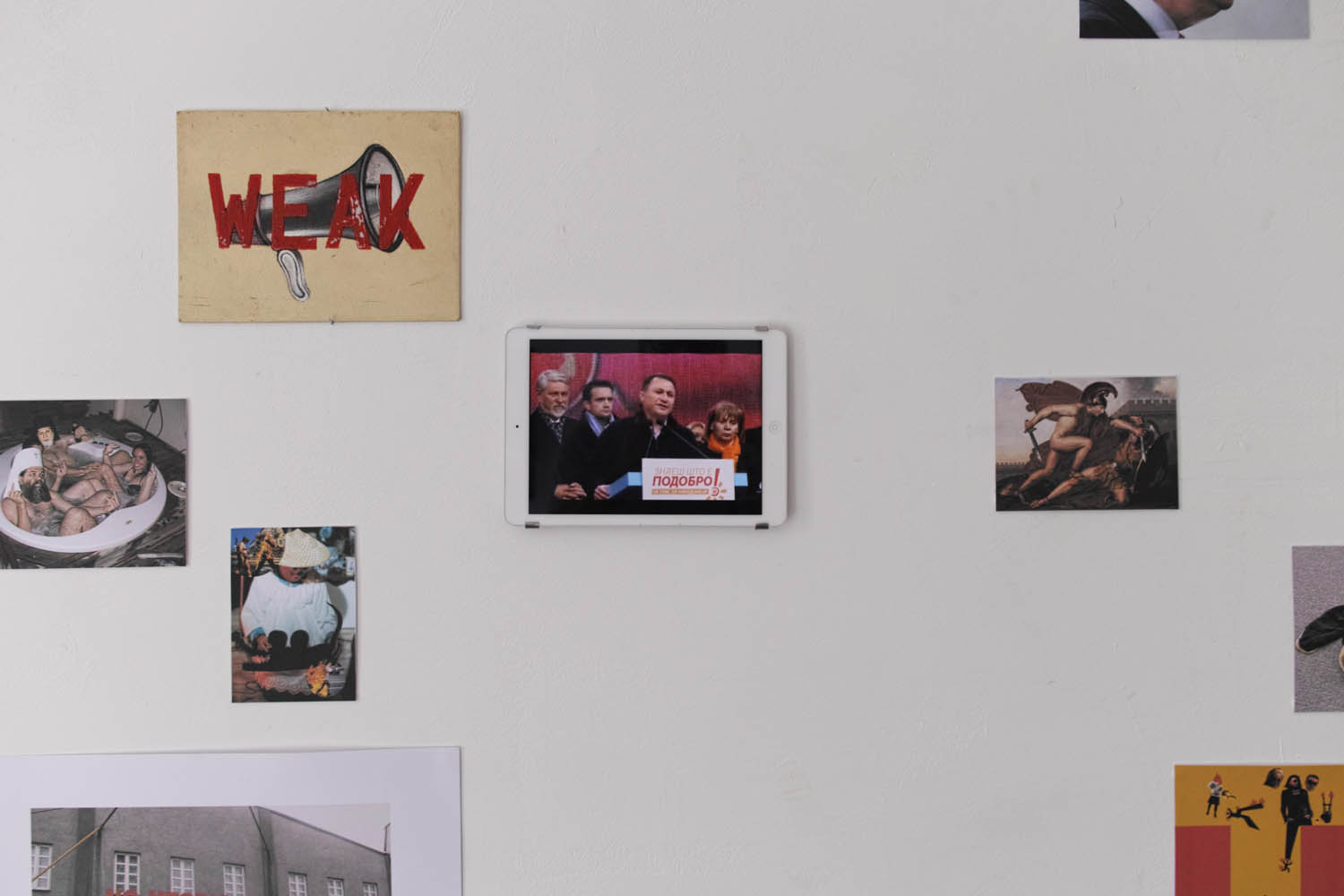 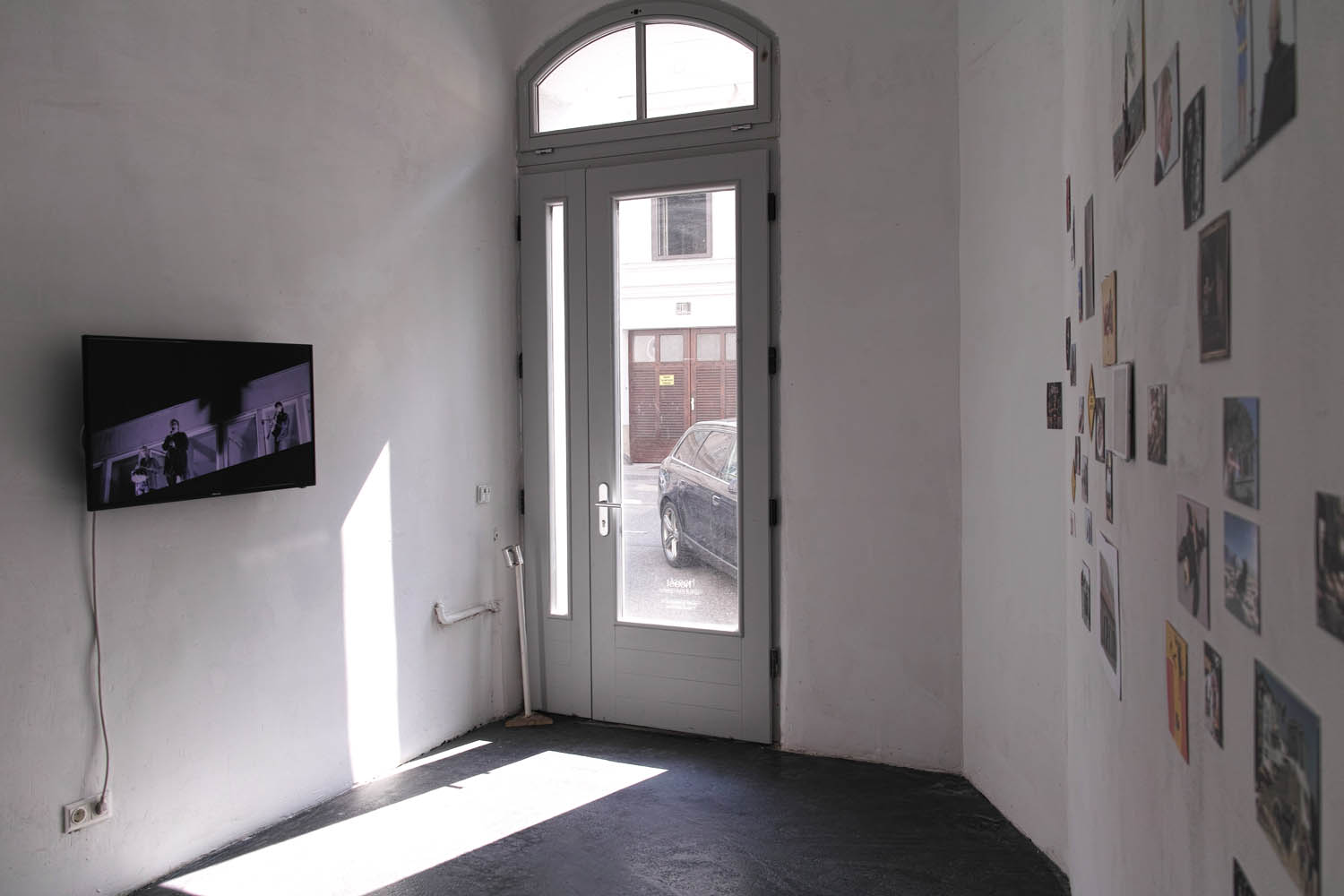 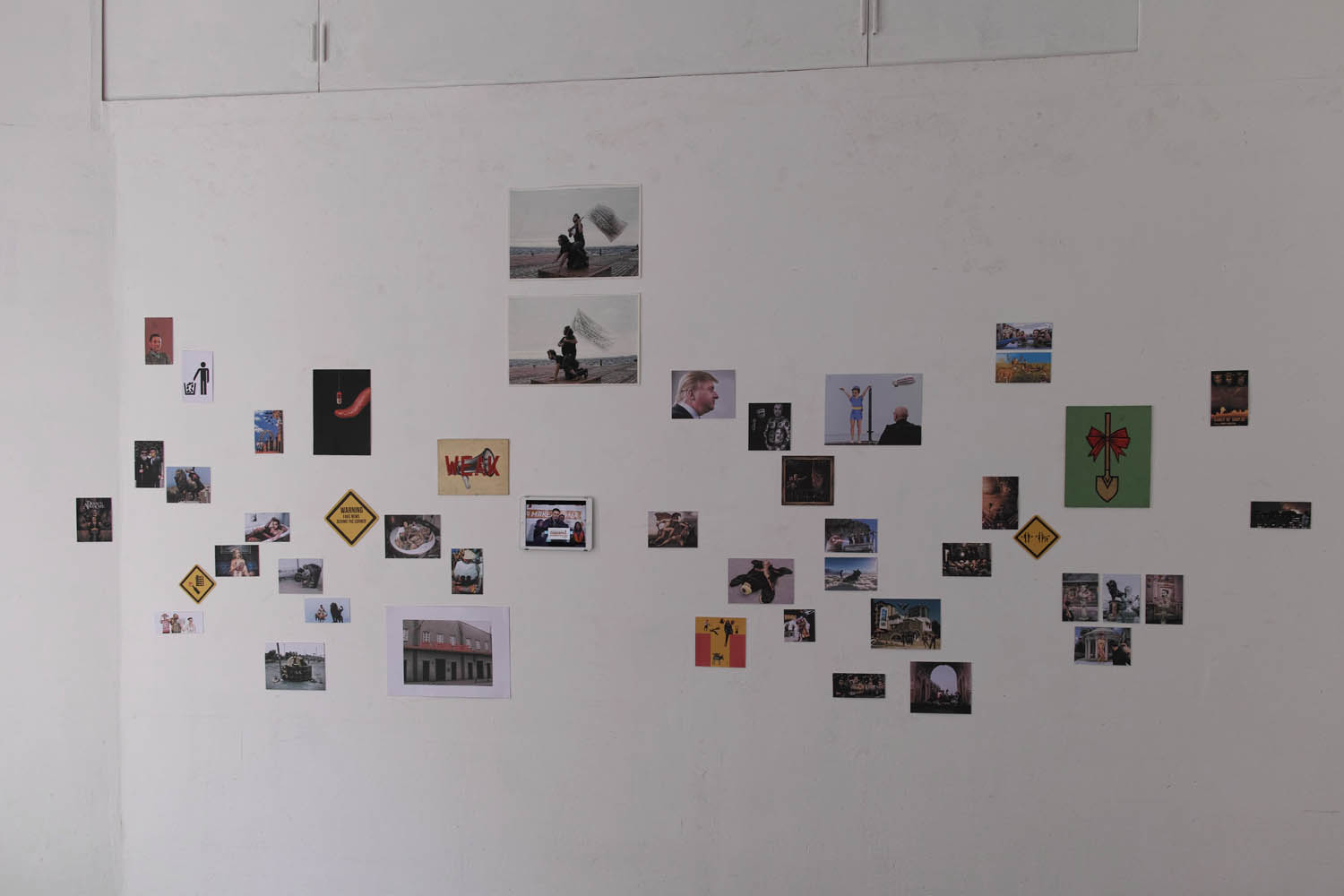 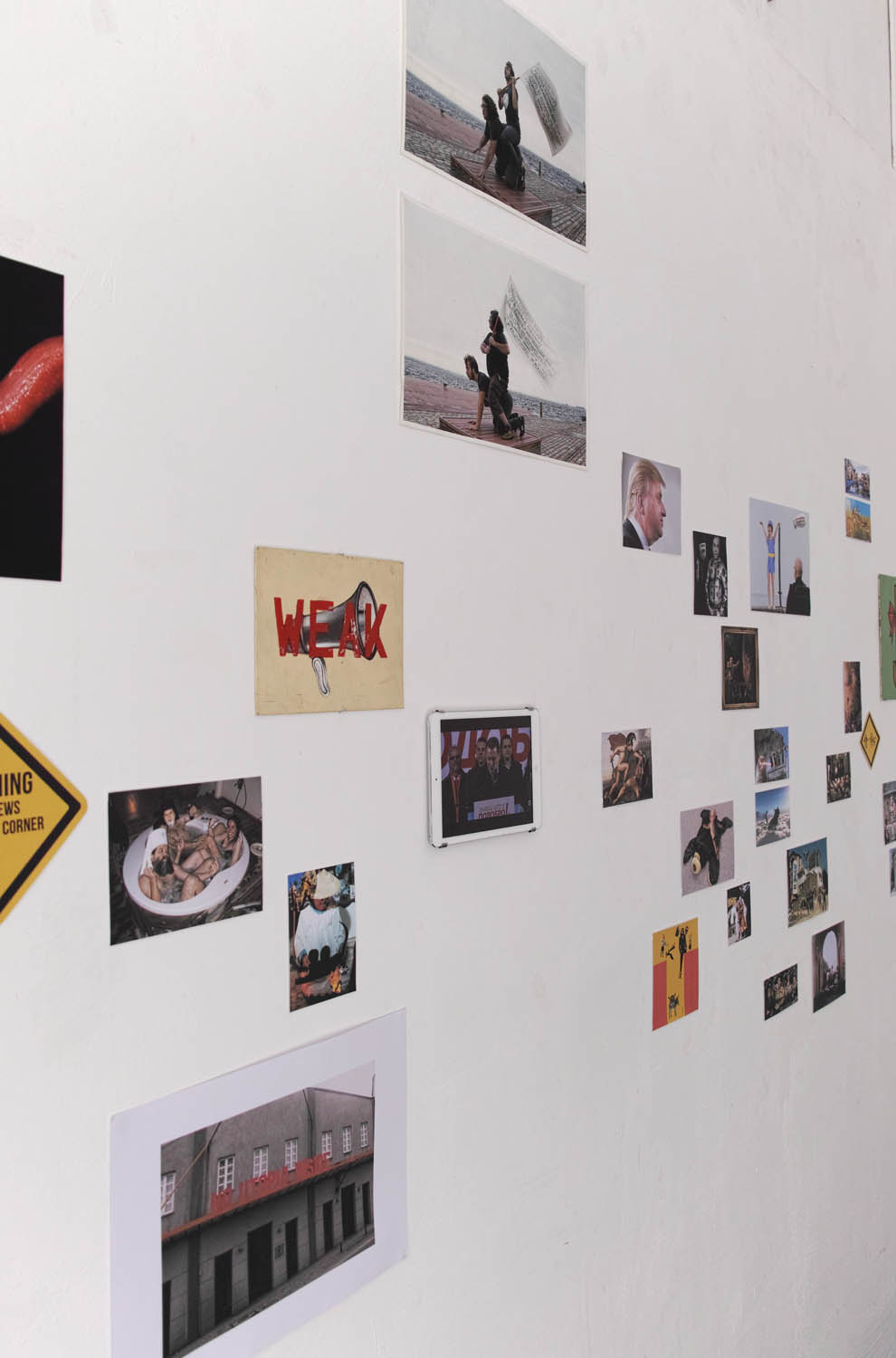 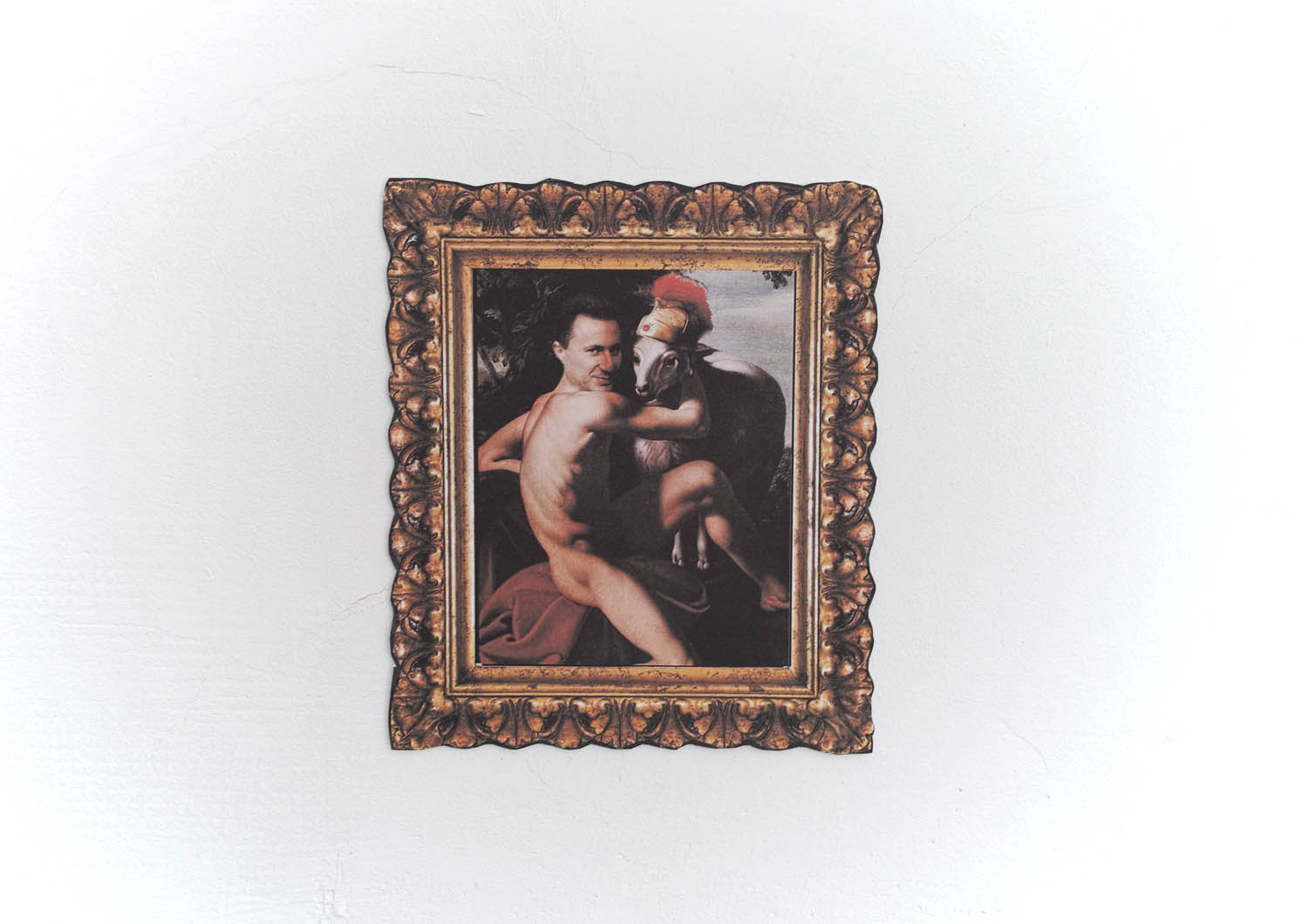 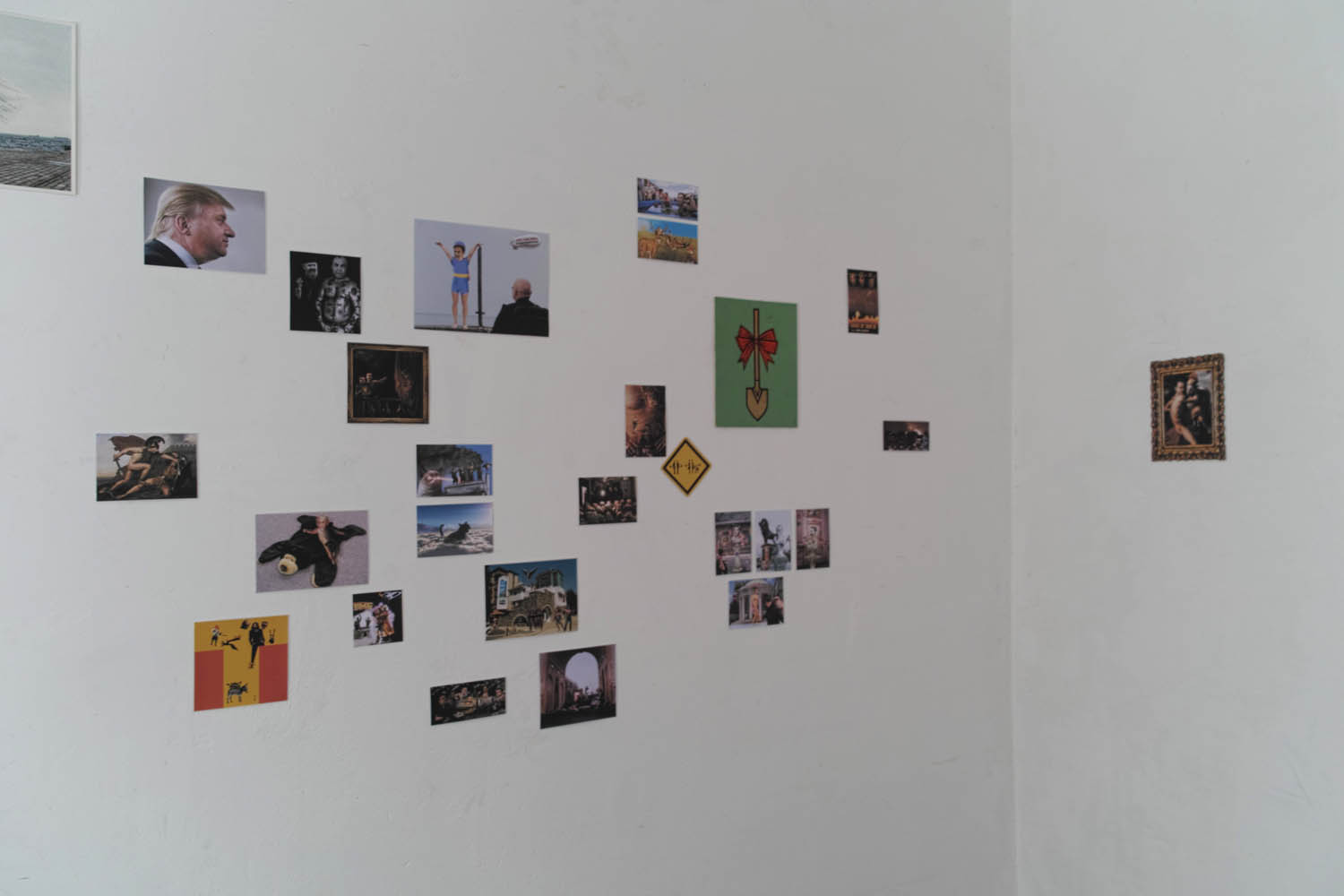 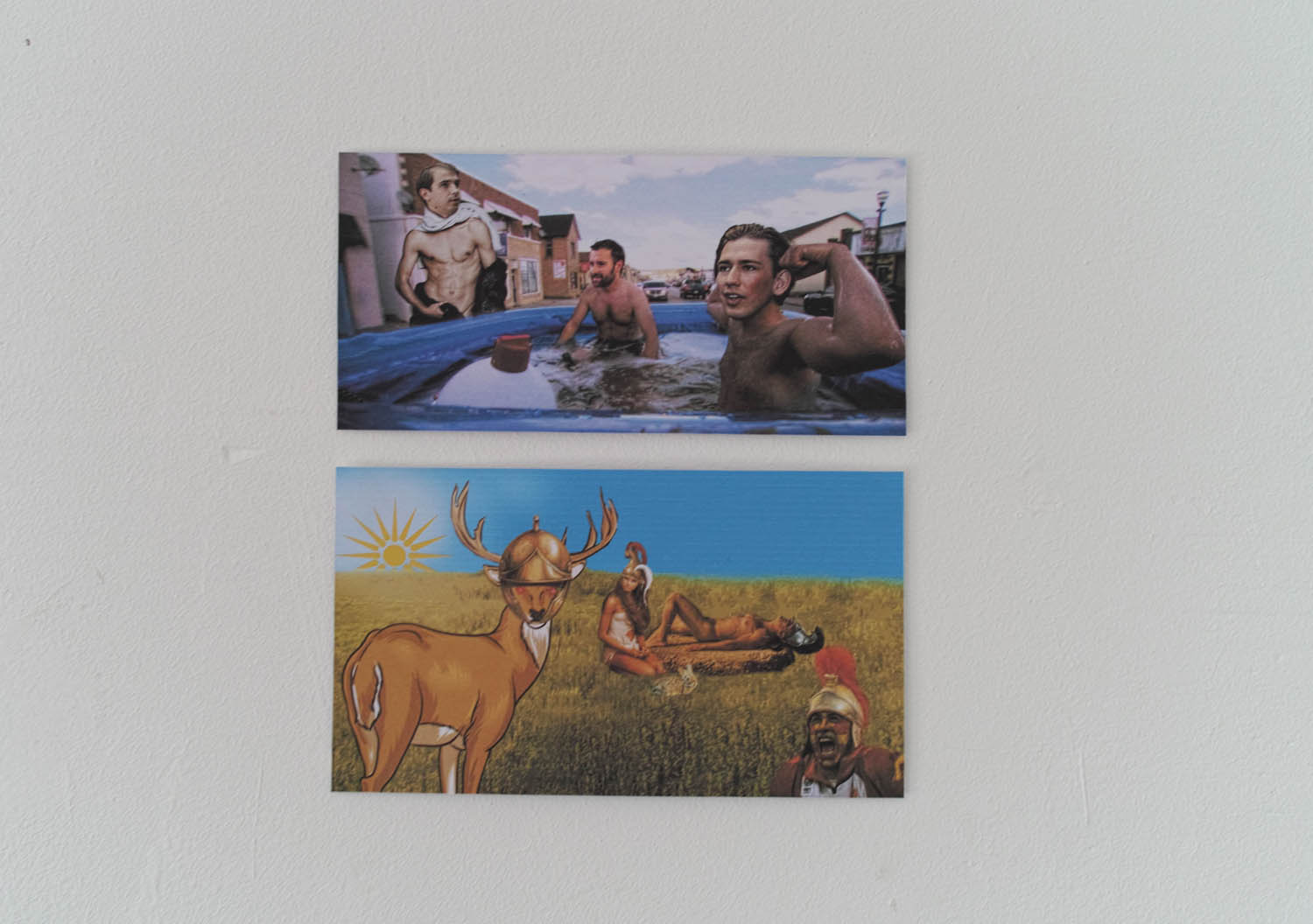 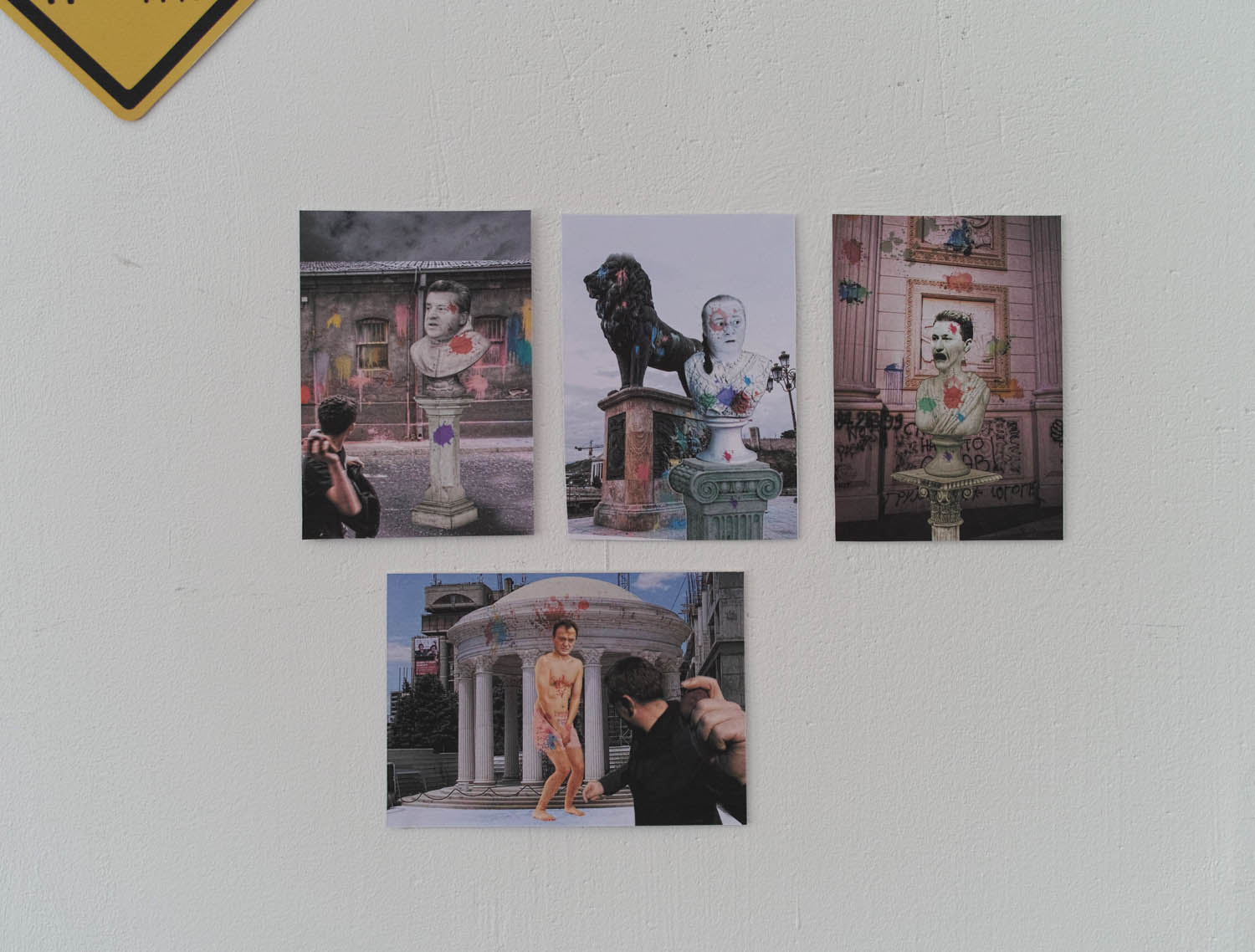 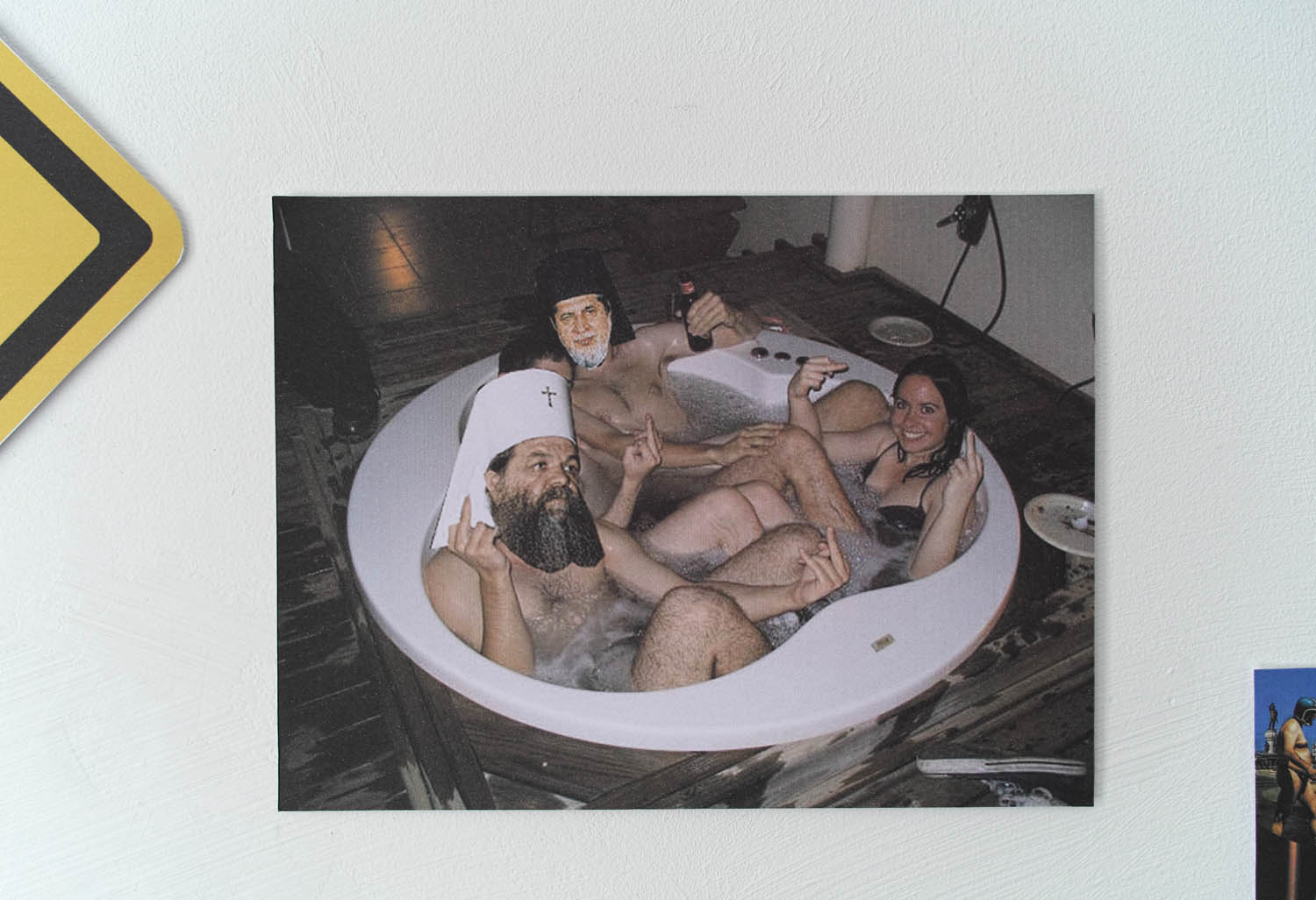 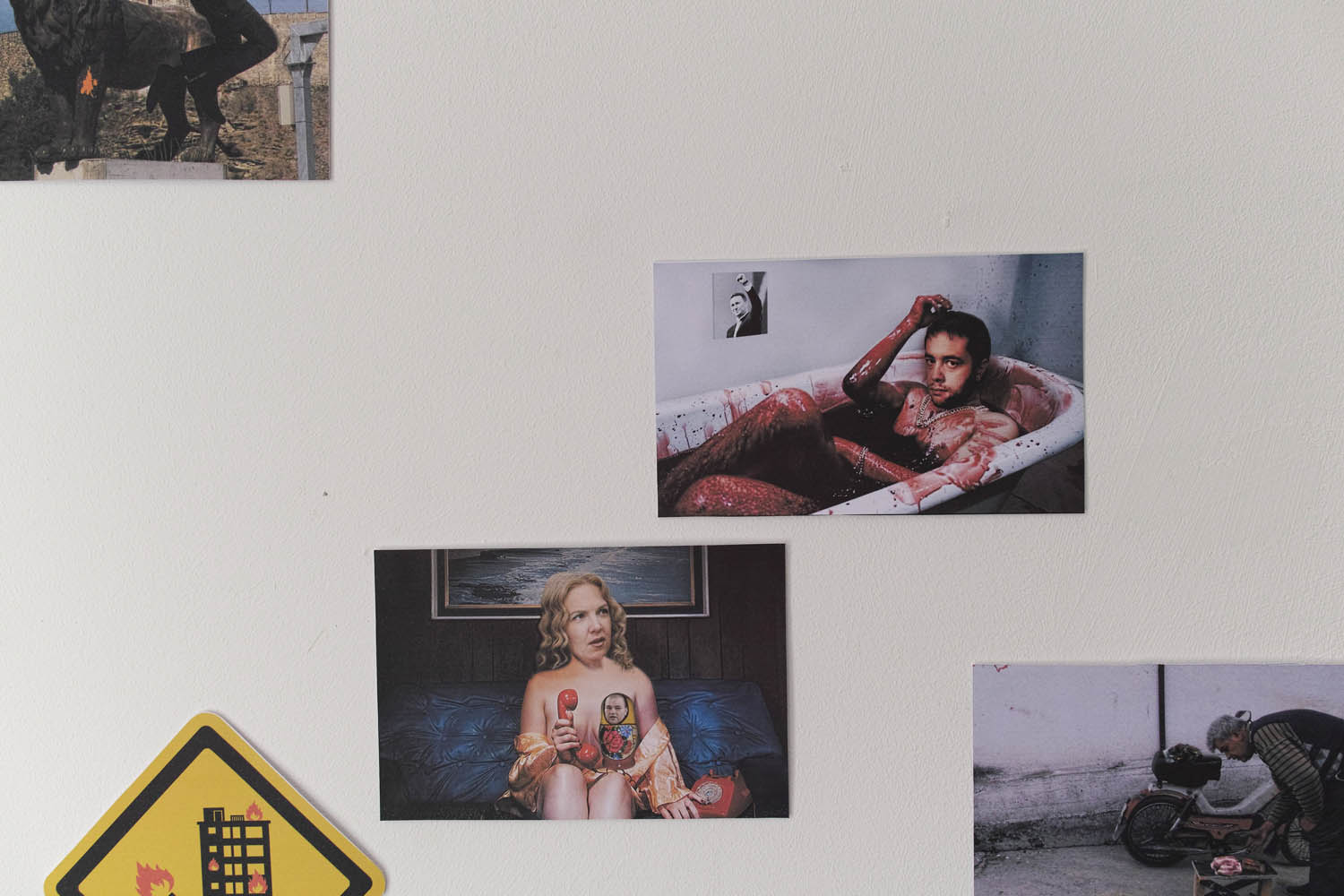 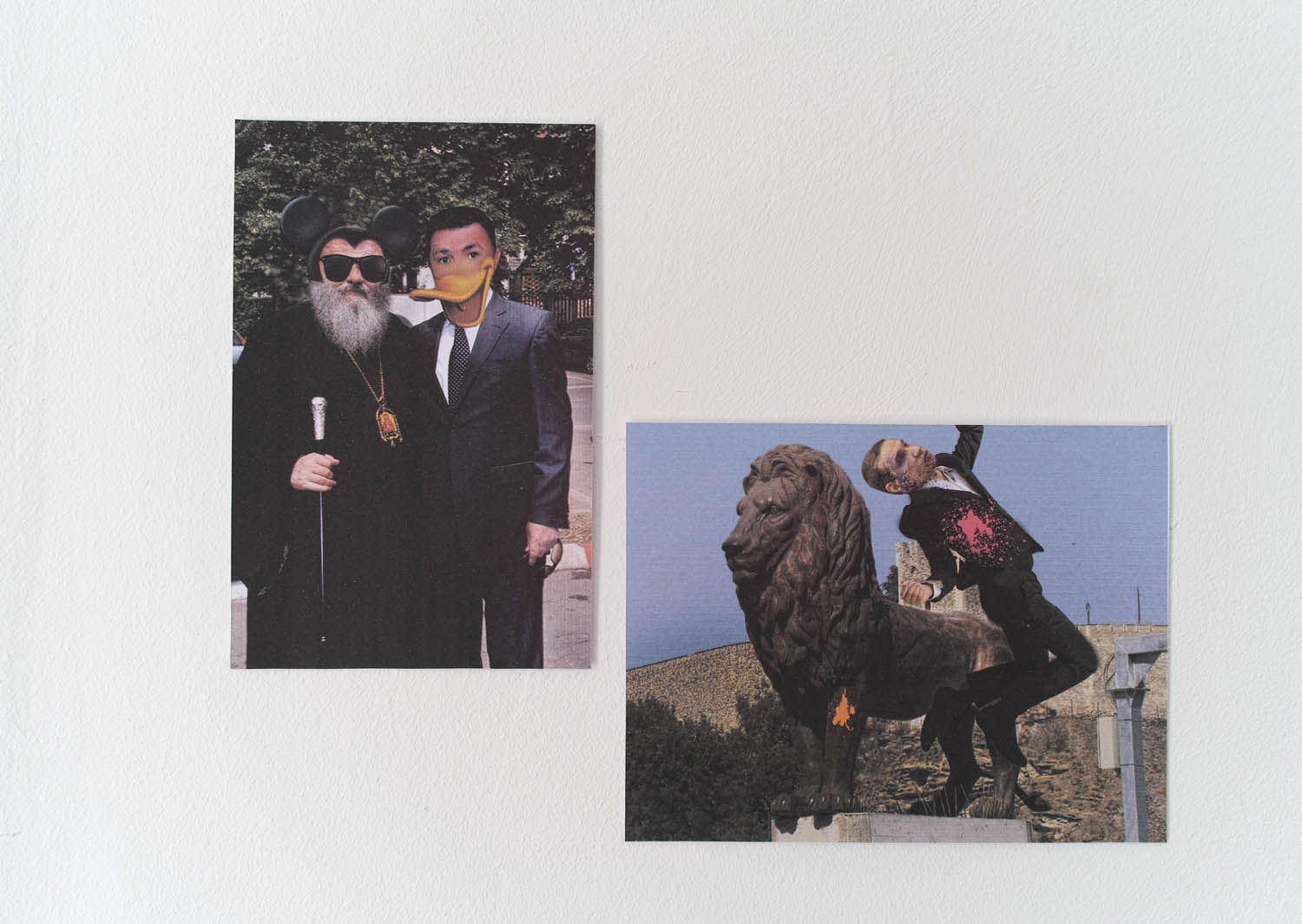 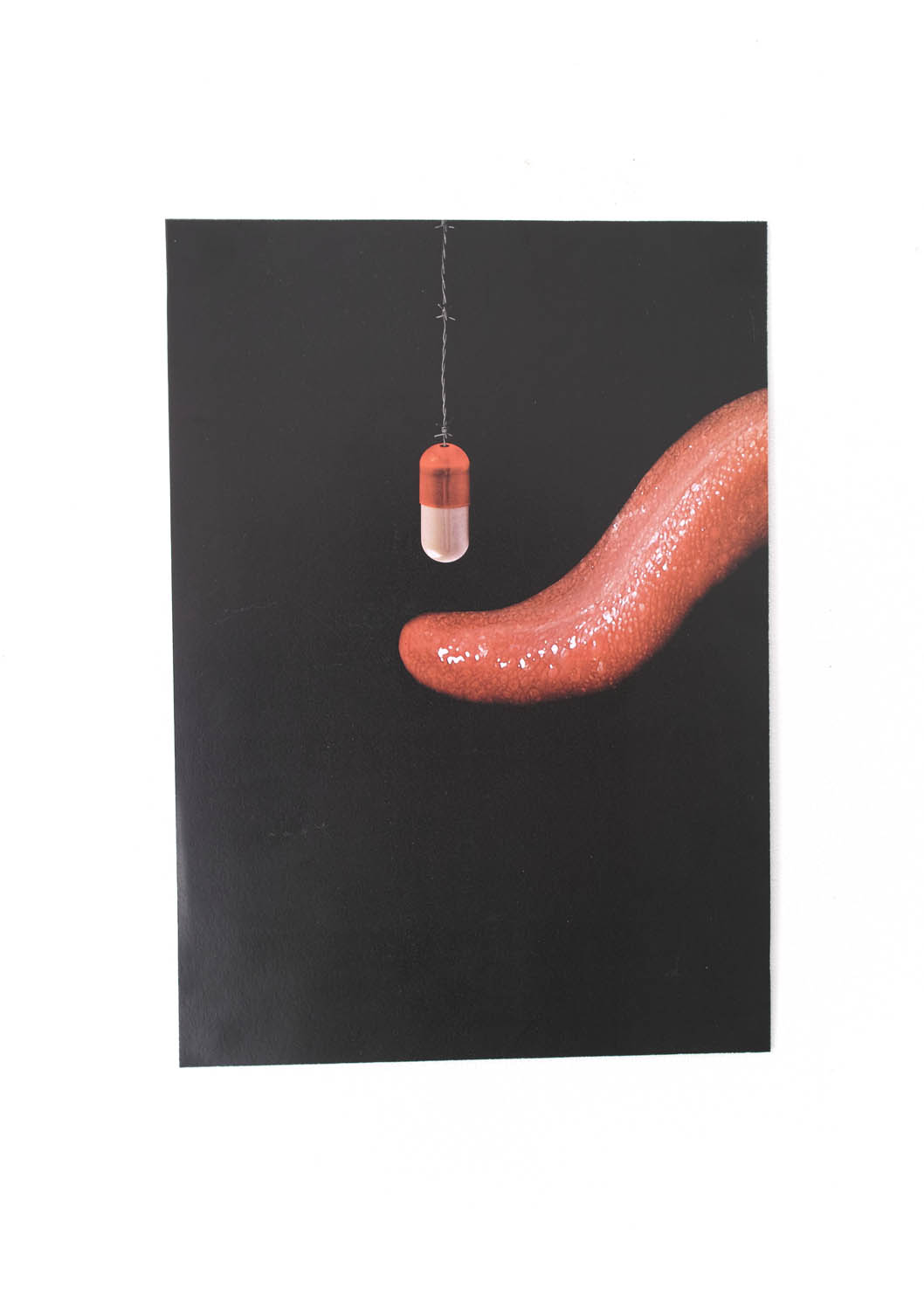 He has realized several solo exhibitions including: Radio Free Skopje, internet radio project, (CAC Gallery, Skopje, 2015) Invention for You Wonderful People!,  (Museum of Contemporary Art, Skopje, 2014), The Confession of a Cake Monster, (Studio Golo brdo, Rovinj, 2013), Fragmented Archive of the Artist from the Country in Transition, (MC Gallery, New York, 2010), It’s Complicated, (Gallery Centrum, Graz, 2010), An Off-Day for Mister Euzebio, Skopje, 2008) The Walk of Mister Chenk Through the Divided Continent, (Skopje, 2005) ctr.
He is an author of the following performances: The Confession of a Cake Monster performed in New York, Vienna, Ljubljana, Belgrade, Prishtina, Rovinj and Skopje 2008-2013), The Recession of the New Year’s Eve (Skopje, 2008), The Depression of the New Year’s Eve (Skopje, 2005), Sales-man of Male Tear (Skopje, 2006) ctr.

For his practice, he has been awarded with the Award for young visual artist Denes in 2009 the award for video at the international festival Alternative Film/Video in Belgrade in 2009, special award at the Akto Festival in Bitola, in 2012 and the award of the 10 Biennial of Young Artist organized by the Museum of Contemporary Art- Skopje in 2013.