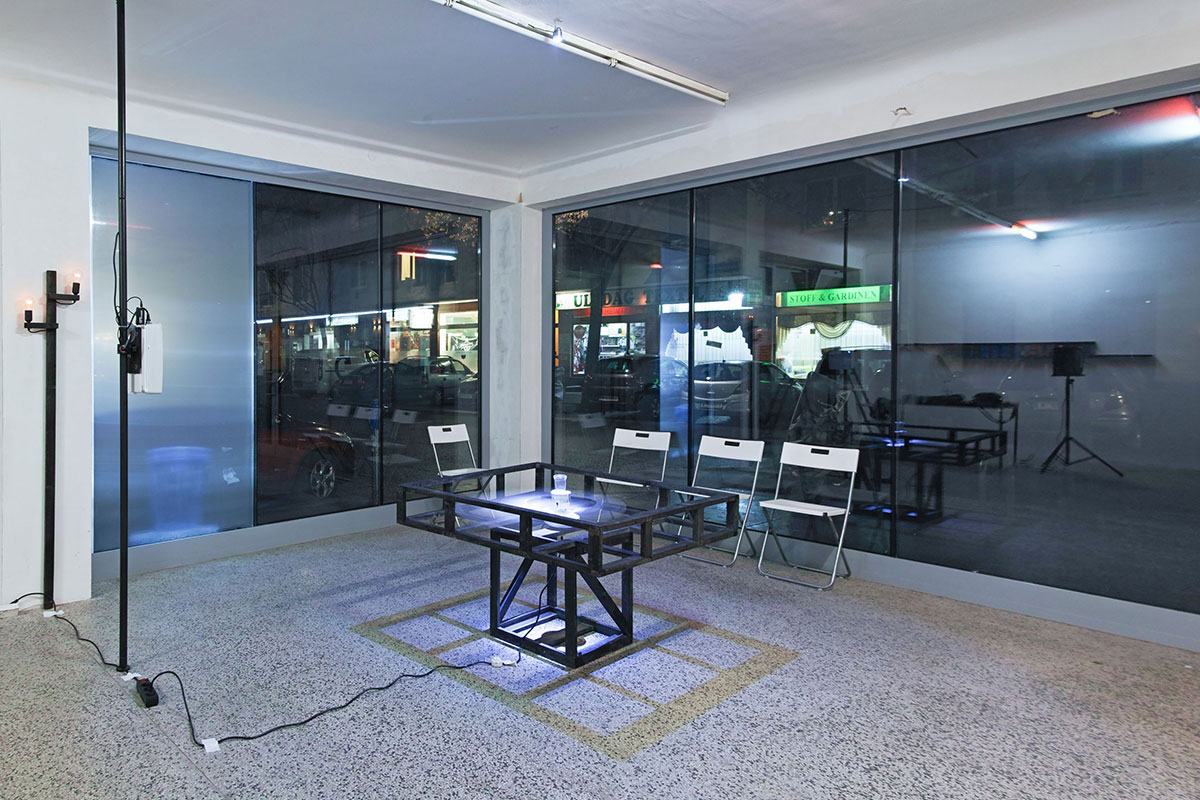 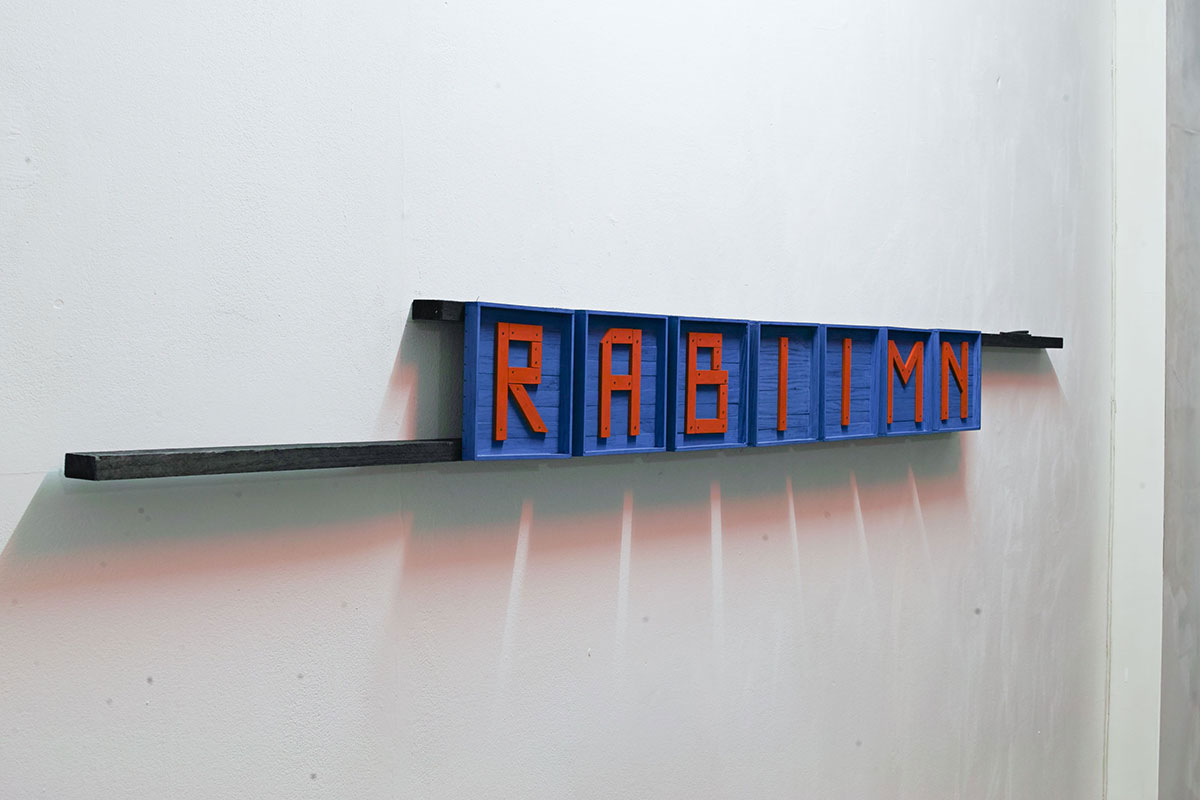 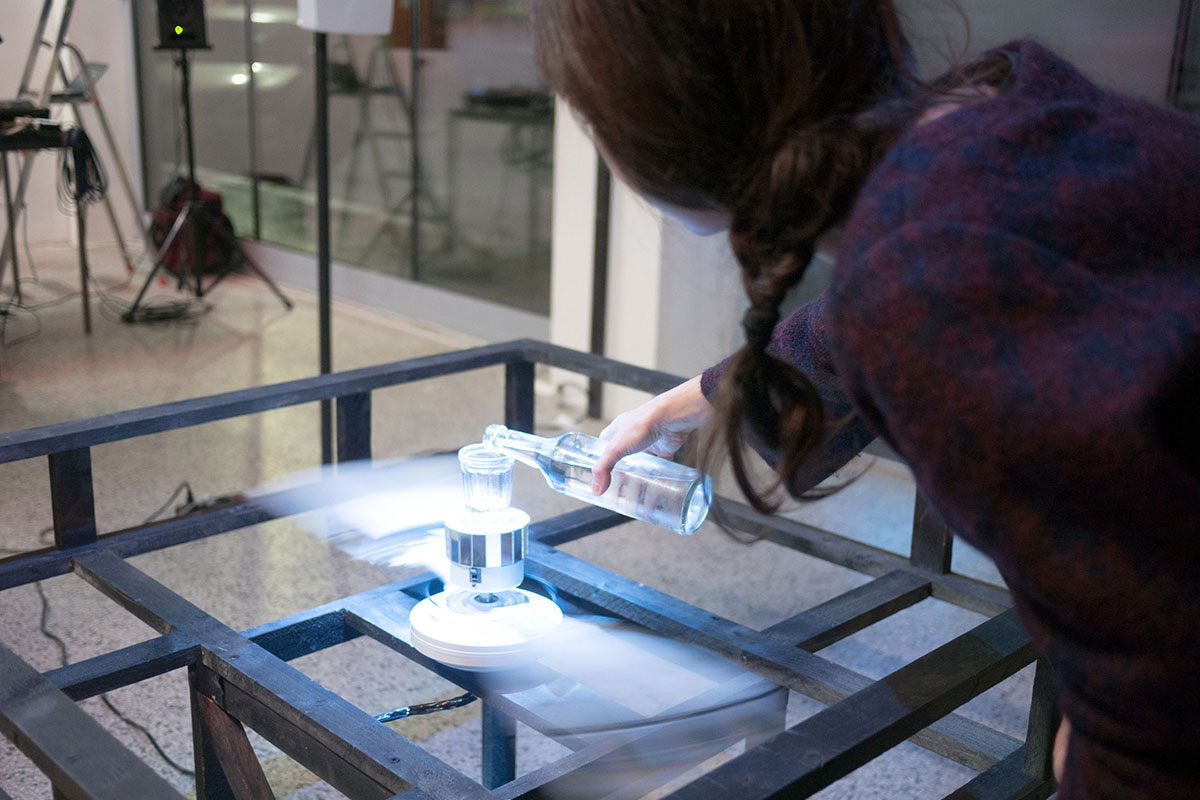 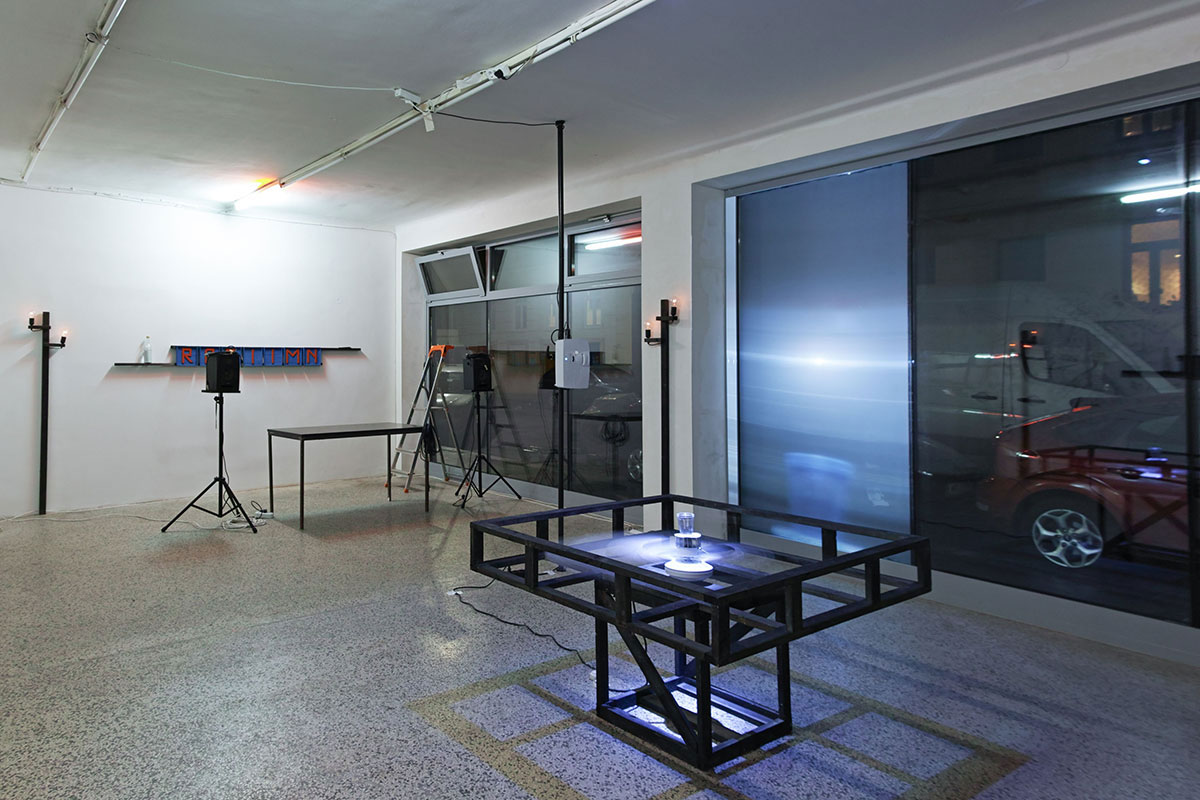 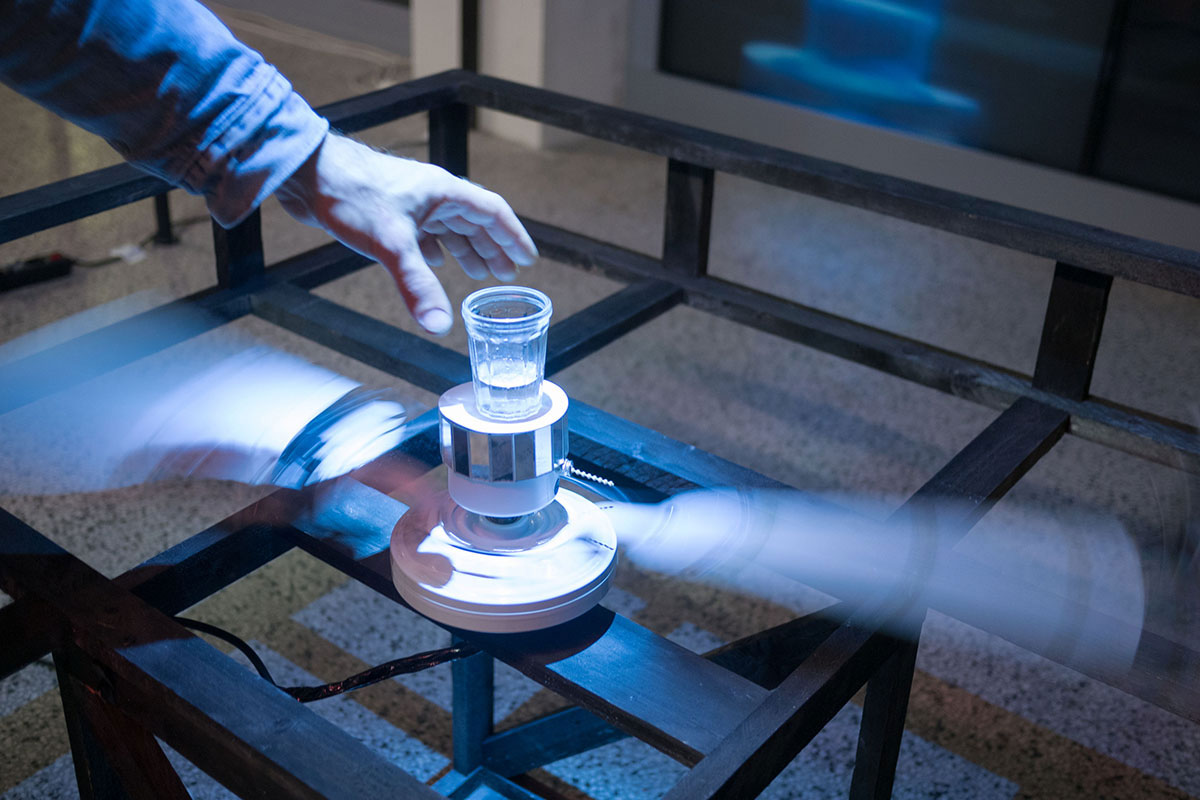 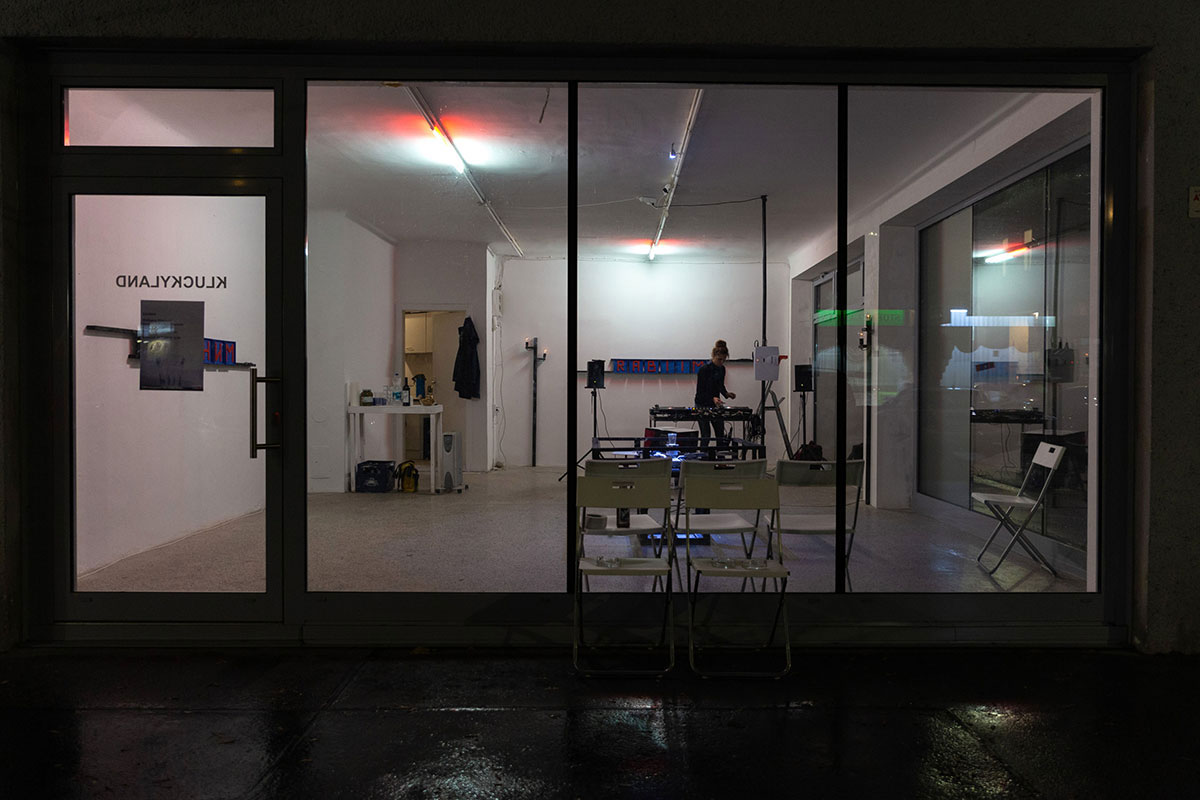 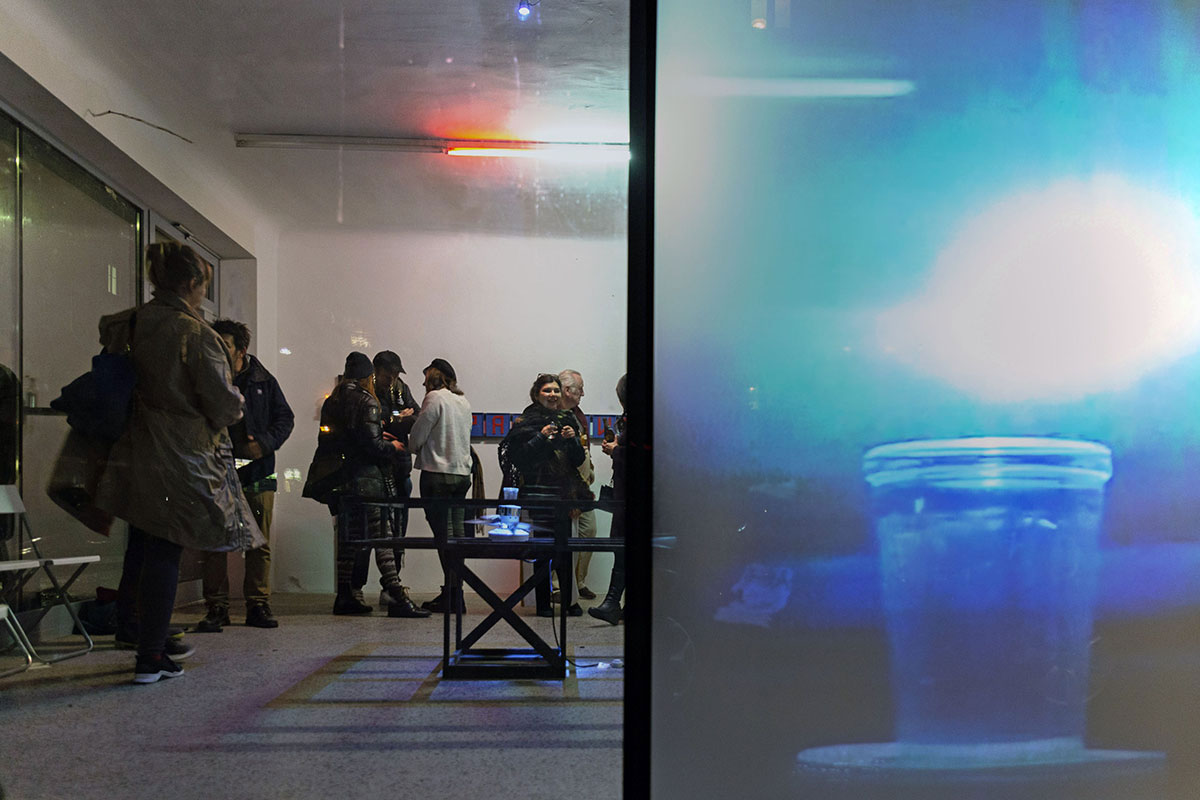 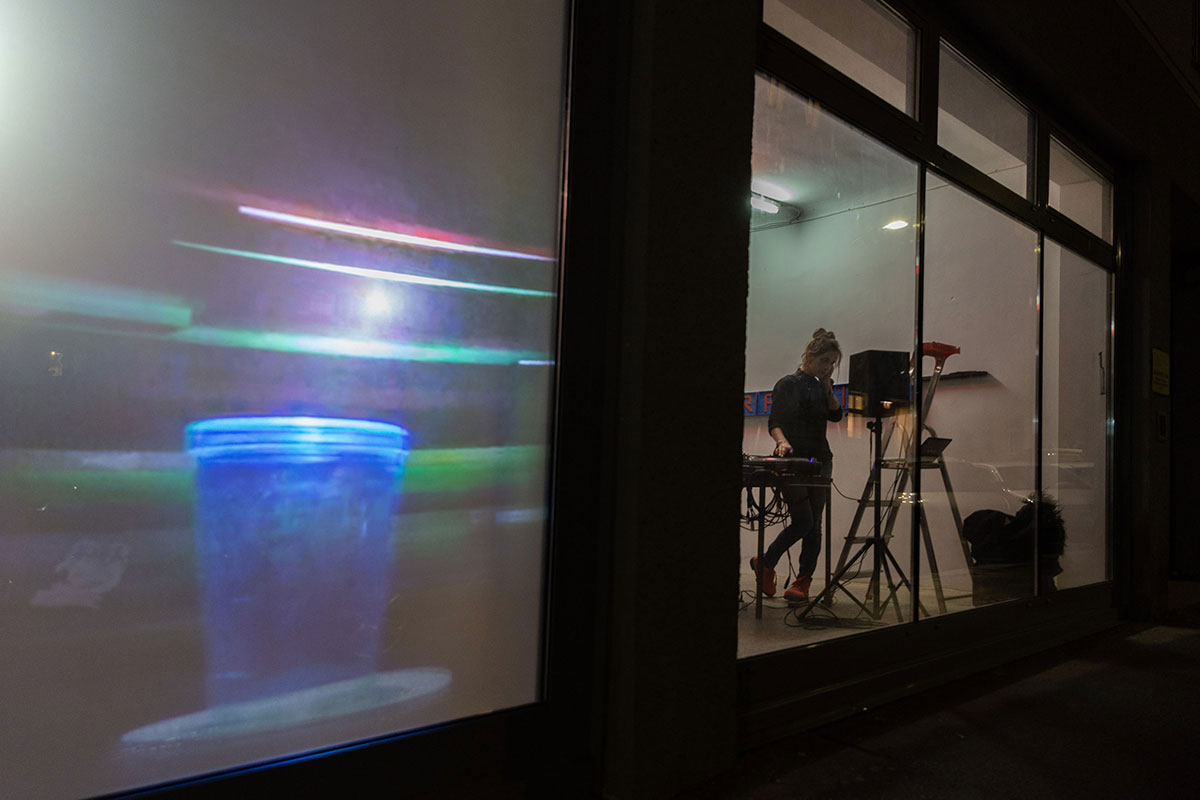 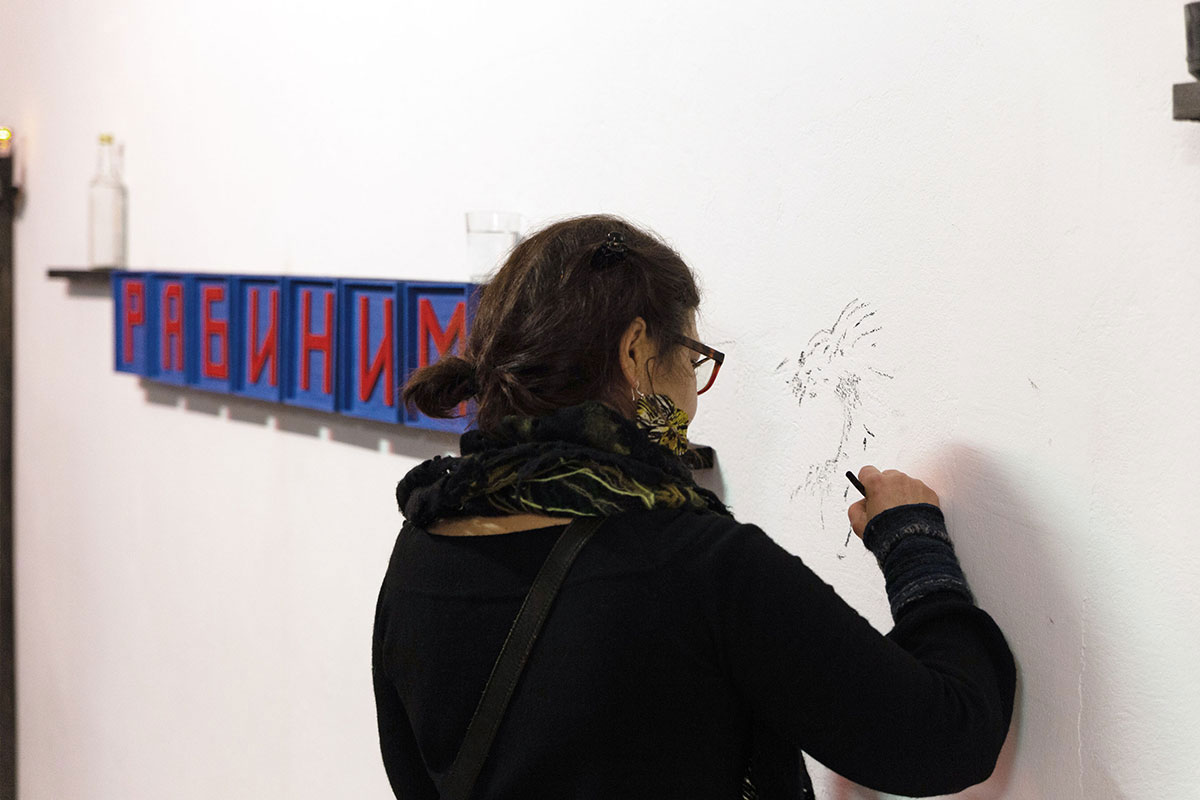 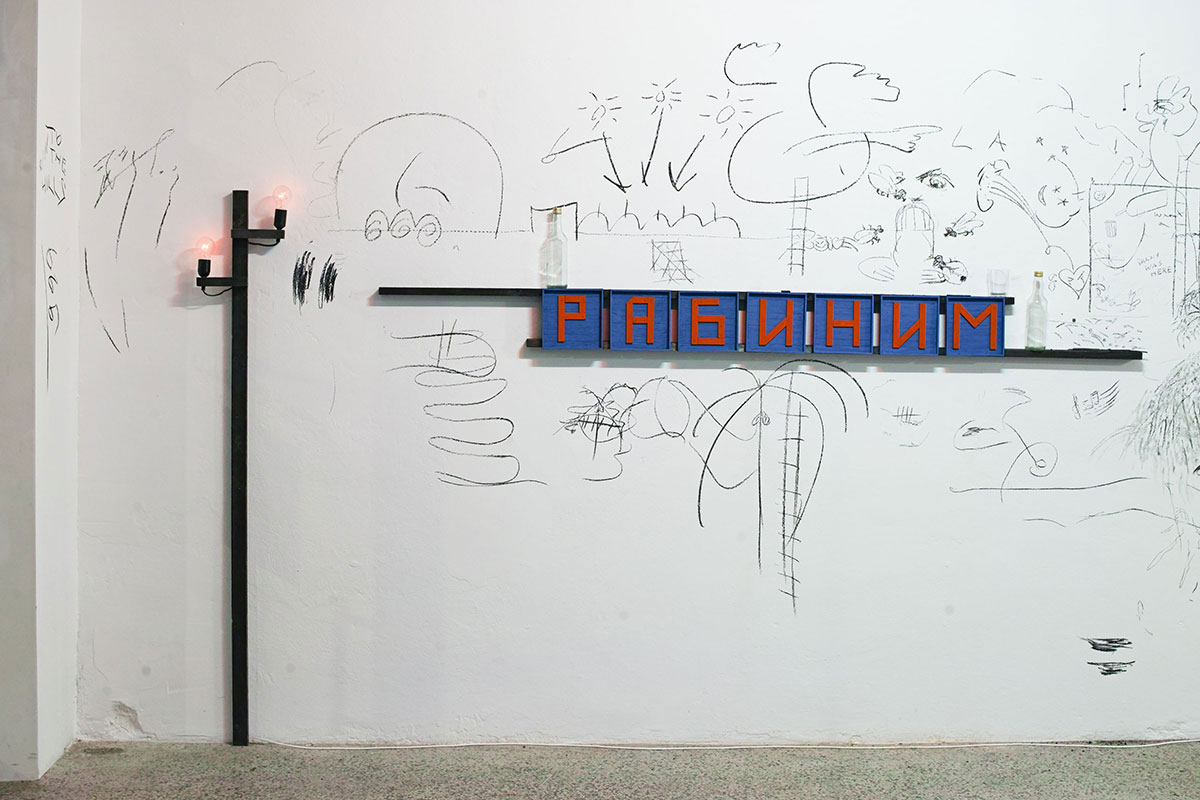 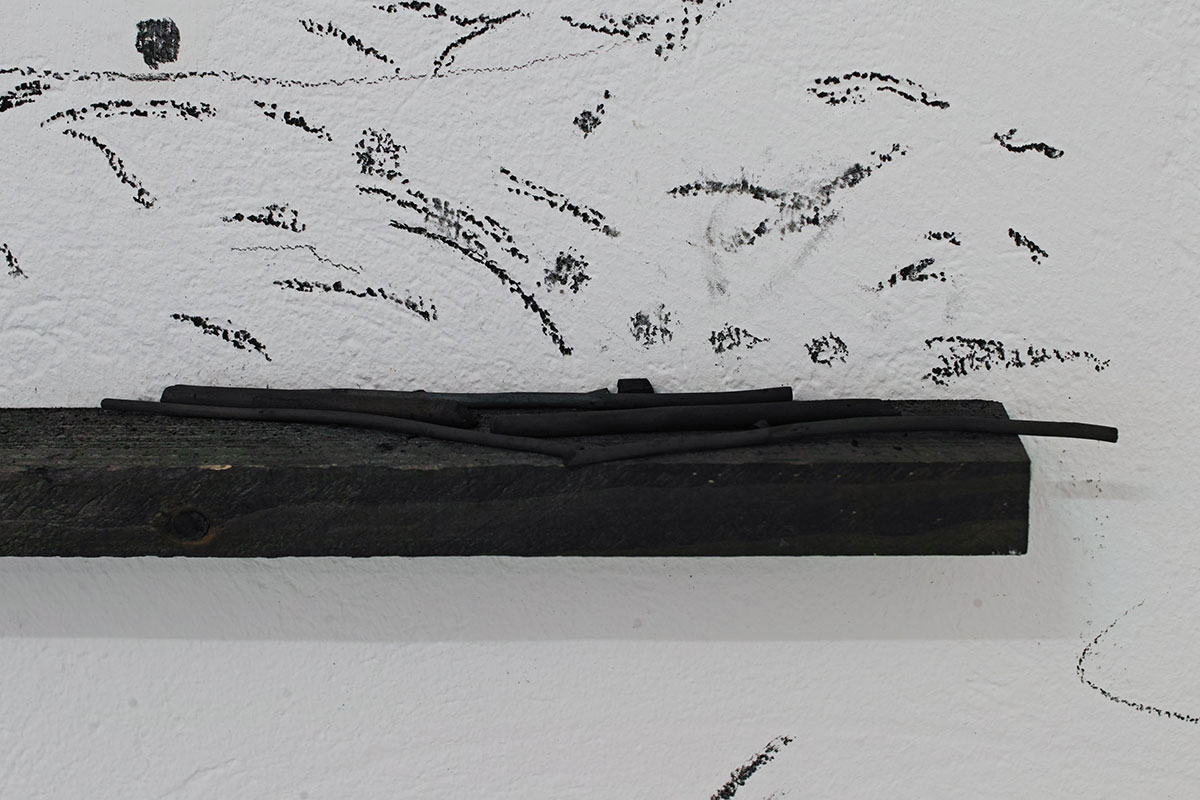 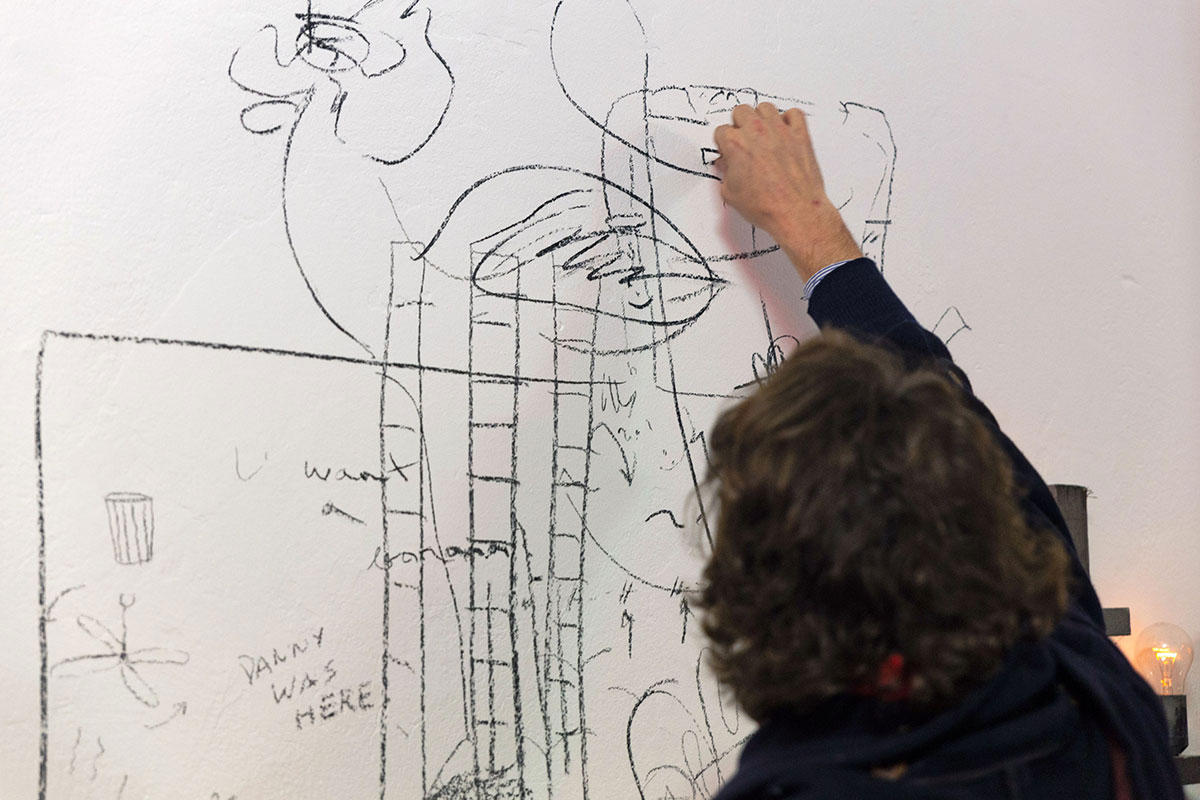 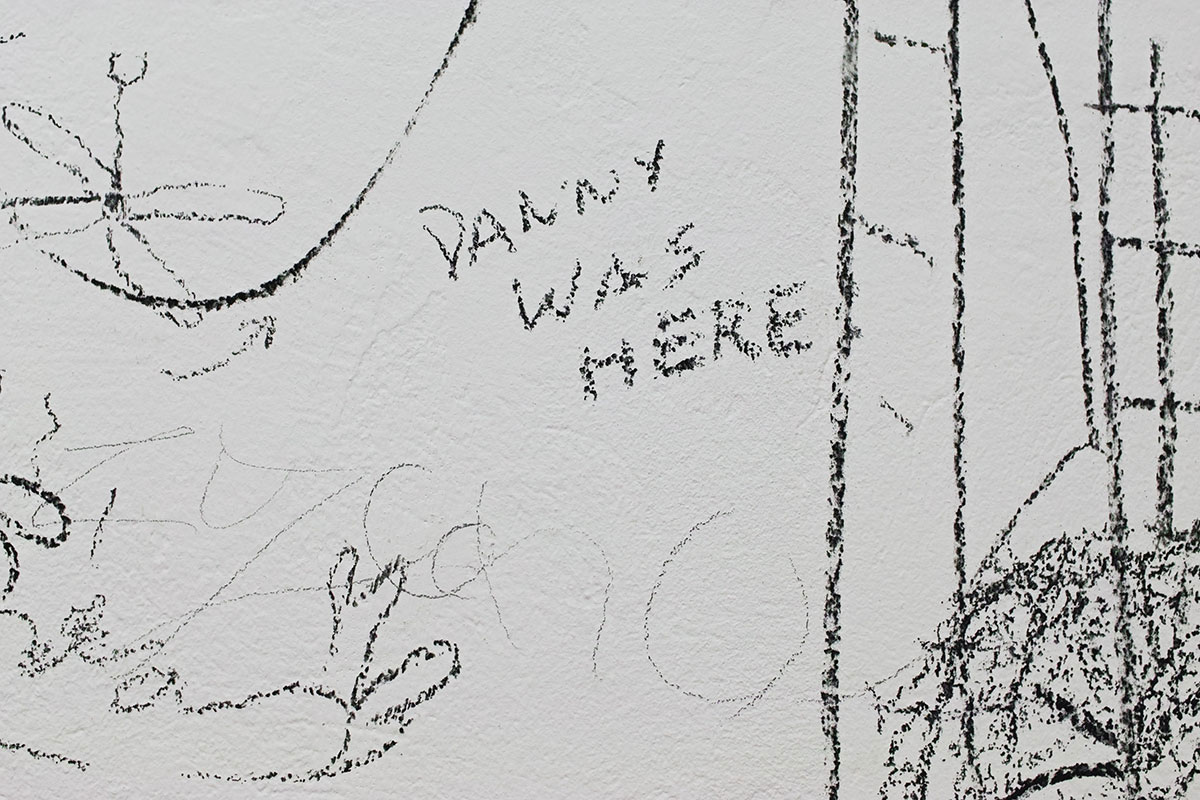 BARMINI, a collective work by Wolfgang Obermair and Ekaterina Shapiro-Obermair, invites all guests to drink vodka out of one shared glass. The glass is placed in the middle of a fan and is permanently filmed by a camera, which is fixed on one of the blades. The video signal is streamed live as a back projection on the window. The moments of the pouring of vodka create a video effect when the hand rotates with high speed around the glass. In this picture it seems that one is already drunken, even before starting to drink. The letters the word “minibar” consists of, are placed in a random order in two languages – Russian and English – and serve as special shelves. Pieces of coal put there encourage everyone to draw on the walls.
For the opening DJ Masha Dabelka is playing the soundtrack to the performative installation. 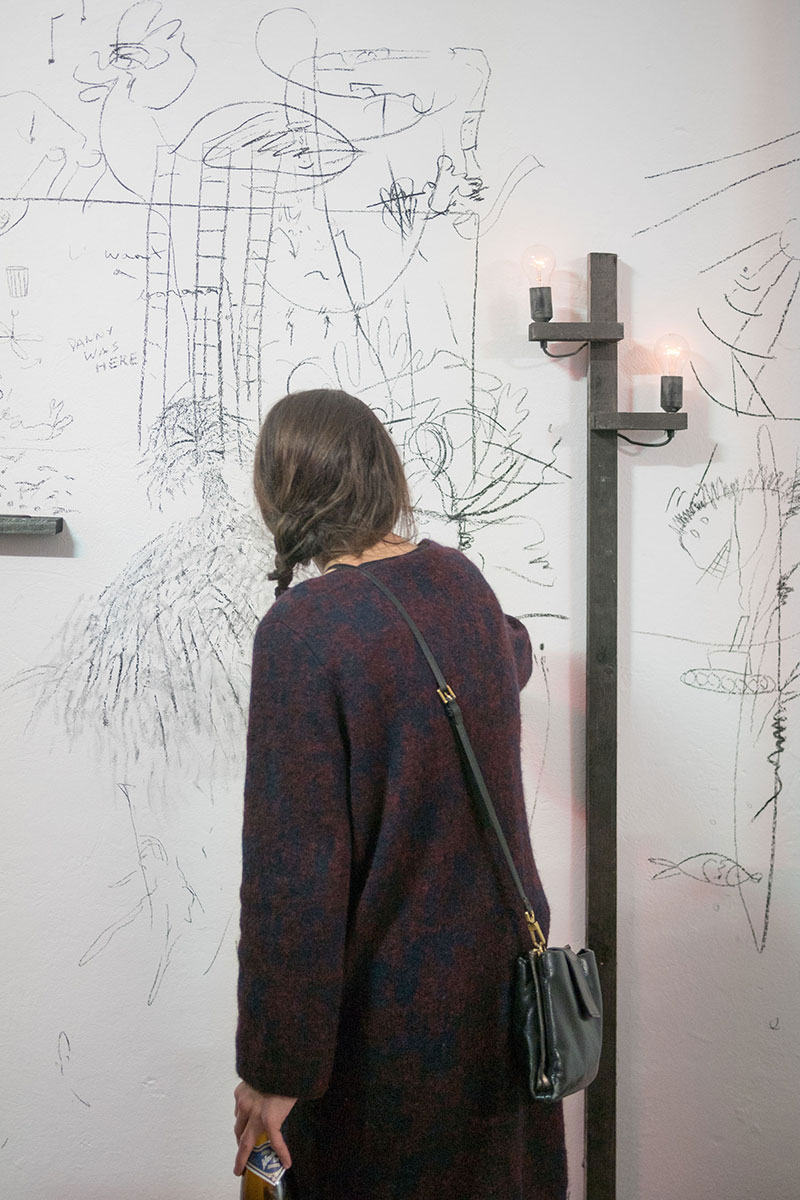 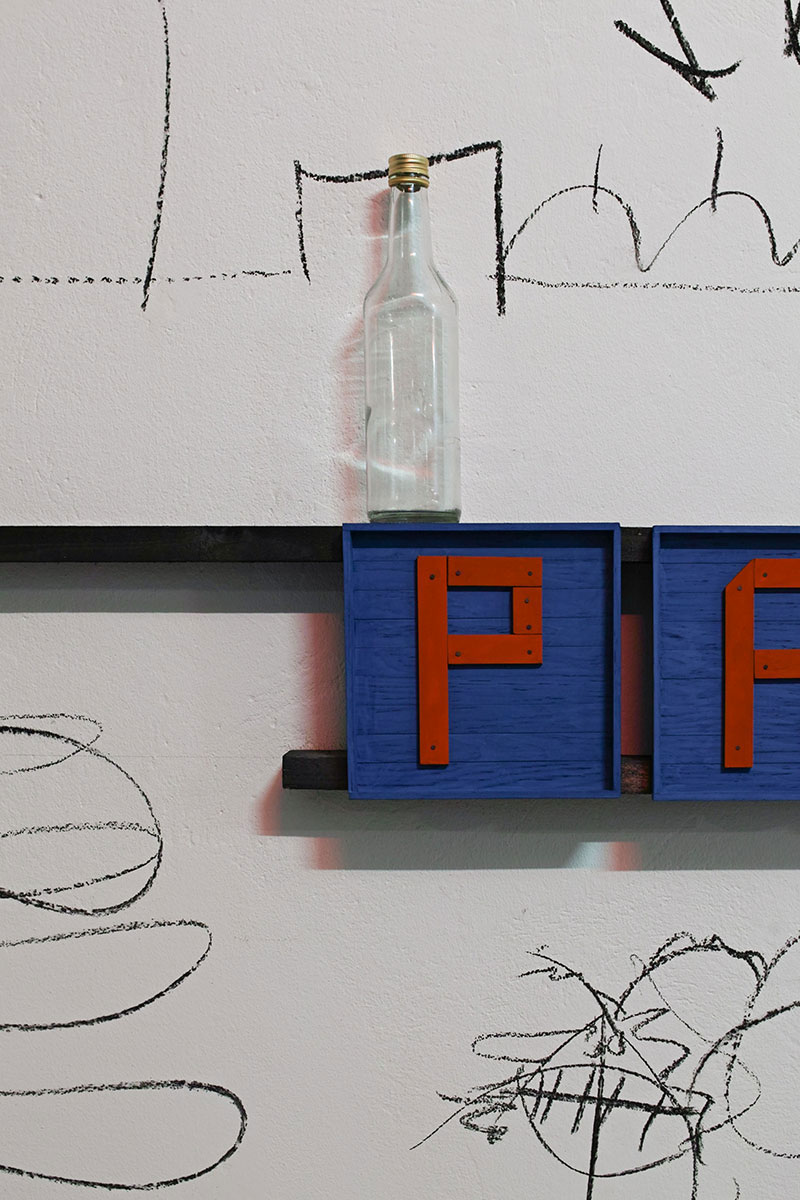 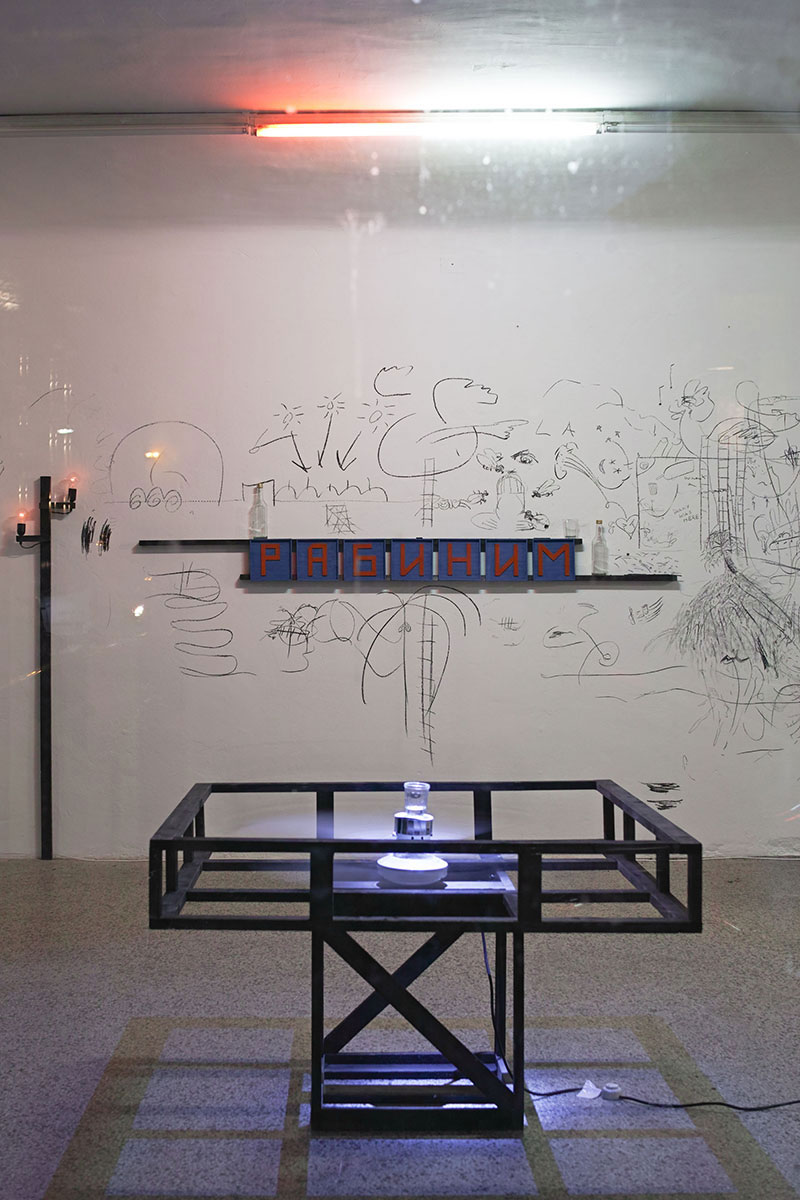 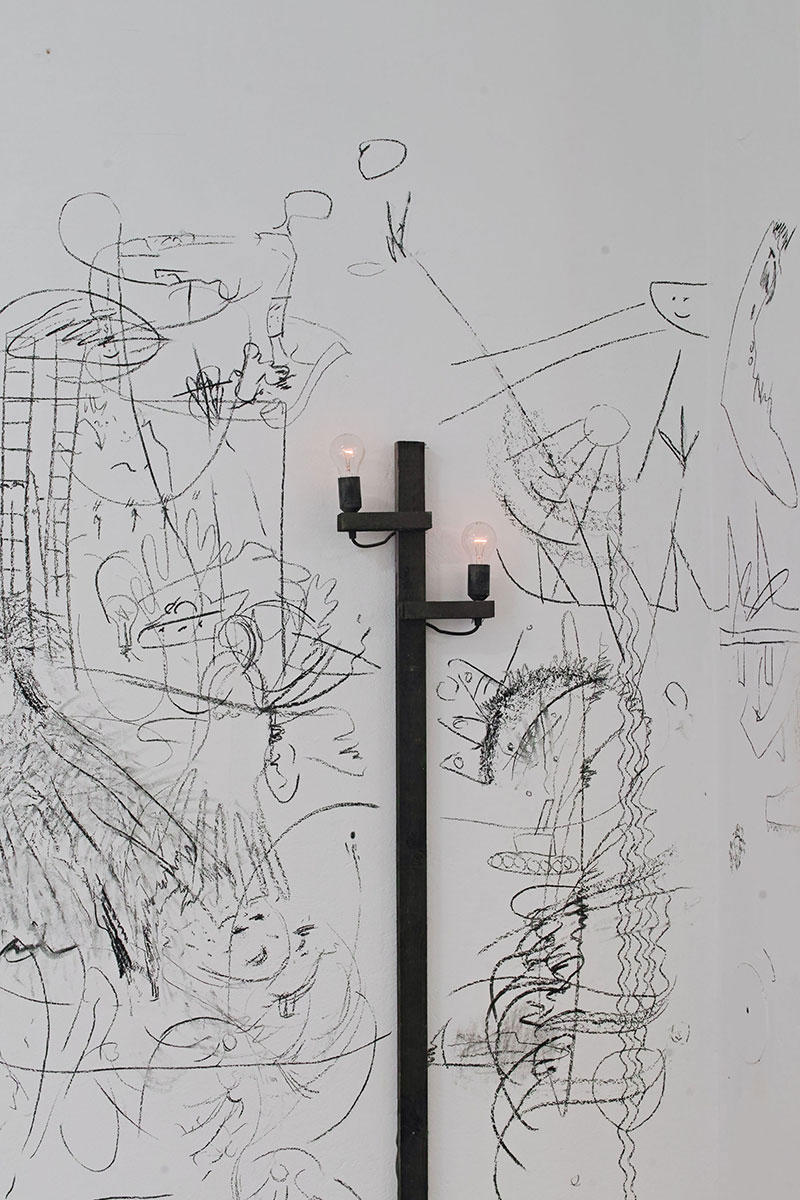